Twelve major industrial projects totaling an investment of nearly 10 billion yuan ($1.48 billion) were signed at a conference to promote industrial economy on Shanghai's Changxing island held in the municipality on Sunday.

A string of policies to boost high-quality development of industrial economy on Changxing were also unveiled at the conference themed "new smart manufacturing, new driving force, and new start".

Chen Mingbo, deputy secretary general of the municipal government, and Li Zheng, party chief of the Chongming district, unveiled the nameplate of the Shanghai Changxing Industrial Investment Promotion Office at the conference. Wu Jincheng, director of the Shanghai Municipal Commission of Economy and Informatization, and Miao Jing, district governor of Chongming, unveiled the nameplate of the Eastern Center of Chongming District's Administrative Service Center.

The park has 10 major industrial projects totaling around 12 billion yuan currently under construction. The district government believed that such new propels will energize the area's development to a new height.

Li said that riding the wave of the opportunities of the change in management systems of the development and construction of the Changxing Island and the inclusion of the island in the municipality's metro network, the island is expected to undergo a new round of high-quality major progresses and upgrades in the upcoming years.

He said that by adhering to ecological priority and green development, the district authority will strive to build Changxing into a carrier of Shanghai's manufacturing namecard, a leader in marine technology innovation, a growth pole for industry-city integration, and an area with its own characteristics, functions, international competitiveness, and market influence.

Miao published the string of policies to boost high-quality development of industrial economy on Changxing. Chen Bo, deputy director of the Changxing Island Development Office talked about the development and construction situations of the island. Yu Cong, chairman of the Shanghai Changxing Marine Equipment Industrial Park, introduced situations about the industrial park.

Covering an area of 162 square km, Shanghai's Changxing island is at the mouth of the Yangtze River. The island functions as a reservoir for the world's marine equipment, Shanghai's ecological water source, and a destination for sightseeing. It is known as a national model base for new industries and a national-level demonstration zone for marine economy development.

Changxing island is only 25 km from the Lujiazui financial area and the metro line from downtown area to Chongming island, which will go through Changxing, will make the island a part of city life in Shanghai that is easily accessible within 30 minutes.

Possessing rare deep-water seashores reaching 22 meters at the deepest point, the island has a particular advantage in the industrial development of marine equipment. Qingcaosha Reservoir at the northern part of the island is a main source of tap water for Shanghai.

Playing up its advantage in the industry of marine equipment against the background of the development of the municipality, the Yangtze River Delta region, and the Yangtze River Economic Belt over the years, the island has attracted leading enterprises in high-end manufacturing and technological innovation, such as Jiangnan Shipyard, Hudong-Zhonghua Shipbuilding, Shanghai Zhenhua Port Machinery (Group) Co., Ltd., and China Cosco Shipping Corporation Ltd over the past years.

The island authority said that after the change in management systems of the development and construction of the Changxing island early this year, the development office of the island was relocated to the island. At the meantime, the Changxing branch of district environmental authority, the Shanghai Changxing Industrial Investment Promotion Office and the Eastern Center of Chongming District's Administrative Service Center were established on the island to further enhance the local governance capacity and optimize the comprehensive business environment, and thus promote a new round of development and construction of Changxing island.

The district government underscored three facades for Changxing's development for the next phase: embracing new smart manufacturing, playing up new driving force, and trailblazing a start for a new voyage.

The local industries should focus on the digitized, intelligent, and green development of marine equipment and marine economy so as to be integrated into the industrial chain of the world's marine equipment. They shall look for more opportunities for international collaboration and boost their international competitiveness, the district government said.

New technologies, including artificial intelligence, industrial internet, and new materials, shall be more availed of to prompt the local industrials and probably create cross-disciplinary combinations to drive the upgrade of modern industrial system, and thus reinvigorate the economic and social development of the Changxing island.

Service packages for business development and talent attraction should be taken into consideration at this hard-win opportunity regarding the island's development. World-class business environment, innovative industrials parks with their own characteristics, and talent for innovation and entrepreneurship will help build a batch of industry-leading enterprises featuring high technologies, according to the district authority.

Government officials from the city's authorities, executives from State-owned enterprises based in Chongming, and representatives from local towns, industrial parks, companies, and industrial associations attended the signing ceremony.

Source: The Government of Chongming District 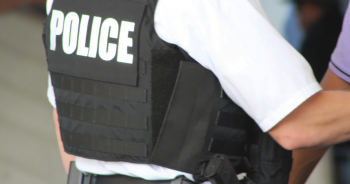 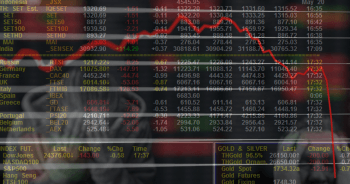