At the 2021 Shenzhen Global Investment Promotion Conference (GIPC) held on December 15, more than 260 projects were signed, with a total investment of more than 820 billion yuan.

Fruitful results have been delivered. Shenzhen, with innovation as its signature, has accelerated the building of the pilot demonstration zone, enabling the gloomy world economy amid the epidemic, to feel the momentum of investing in China and Shenzhen.

The conference featured various high-tech and international elements, such as live streaming and Extended Reality (XR) technology, as well as a promotional video full of technological and futuristic sense, bilingual host, simultaneous interpretation in Chinese, English, German, and Japanese. Its online investment promotion exhibition halls provided an immersive interactive experience, demonstrating highlights of each district of Shenzhen, according the Organizing Committee of GIPC.

GIPC included 12 district-level investment promotion events and overseas events held in 12 cities in 5 continents before the main event on December 15, the latter of which witnessed the signing at site of 44 major projects including ABB, Metro mall and American Express.

Cao Yang, head of ABB Electric Transportation business unit in China, a Fortune 500 company, believes that Shenzhen is the highland of digital development, and smart buildings, electric transportation are developing very fast. The rapid development of emerging industries constantly drives global enterprises to invest. "We deeply feel that Shenzhen, as a city of scientific and technological innovation, has the comprehensive advantages of complete industrial chain and talents, as well as supporting policies. This provides more confidence for ABB to further increase its investment in Shenzhen," he said. In the conference, ABB settled its electric transportation project's China headquarters in Shenzhen.

Jian Zheng, deputy director of the Commerce Bureau of Shenzhen Municipality, said that many famous French enterprises, including Airbus and Sanofi, have also taken root in Shenzhen and look forward to strengthening exchanges and win-win cooperation.

Sun Lu, head of Airbus China Innovation Center, said the center, which was officially inaugurated in Shenzhen in 2019, is one of airbus's two innovation centers worldwide. "Despite the epidemic, the center has cooperated with local suppliers in Shenzhen for over 100 orders. We also cooperate with Tencent, Appotronics Corporation Ltd. and other enterprises to provide new aviation application products," he said.

Official data show that in the first 10 months of this year, Shenzhen has attracted more than 20.99 billion USD foreign contractual capital and 8.8 billion USD were in actual use, with an year on year growth up to 19.8 percent and 24.8 percent, respectively, maintaining a stable and good trend.

It can be seen from the hot spots of foreign investment that Shenzhen has accelerated the development of strategic emerging industries and future industries, built a highland of scientific and technological and industrial innovation with global influence, and brought new opportunities to global investment.

According to the 14th Five-Year Plan (2021-2025) for National Economic and Social Development of Shenzhen and the Long-range Objectives through the Year 2035, Shenzhen, for the first time, included the added value of core industries in the digital economy as a proportion of GDP.

Shenzhen's blueprint in emerging industries mainly relies on the accumulation of technology in scientific and technological innovation over the years. In fact, Shenzhen leads China in the number of operational data centers, 5G base stations and industrial scale. Shenzhen's innovation force, represented by Huawei and ZTE, is an important engine for Shenzhen to build itself into an international science and technology innovation center in the Greater Bay Area. In the process of building a pilot demonstration zone, Shenzhen has continuously optimized the international business environment and attracted talents worldwide.

The participants generally agreed that Shenzhen, as one of the first six pilot cities for improving business environment promulgated by the State Council of China, will improve the level of cross-border trade facilitation, optimize the management of foreign investment and international talent services, and concentrate on creating a high-quality world-class business environment, which will further enhance the attractiveness of the city.

"I think the general situation is good for Shenzhen, because in the south part of China, especially in the GBA, we have very good business environment," said Klaus Zenkel, Chairman of the South China Office of Commerce of the European Union Chamber of Commerce in China.

Shenzhen is also actively promoting the legislation of the Special Economic Zone of the "Regulations on Foreign Investment in the Shenzhen Special Economic Zone", proposing to fully implement the pre-entry national treatment with negative list management system, to comply with international rules, and to comprehensively improve the level of opening-up.

Source: The Organizing Committee of GIPC 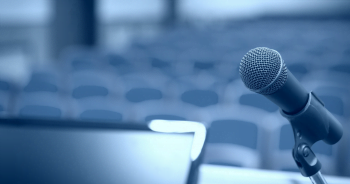