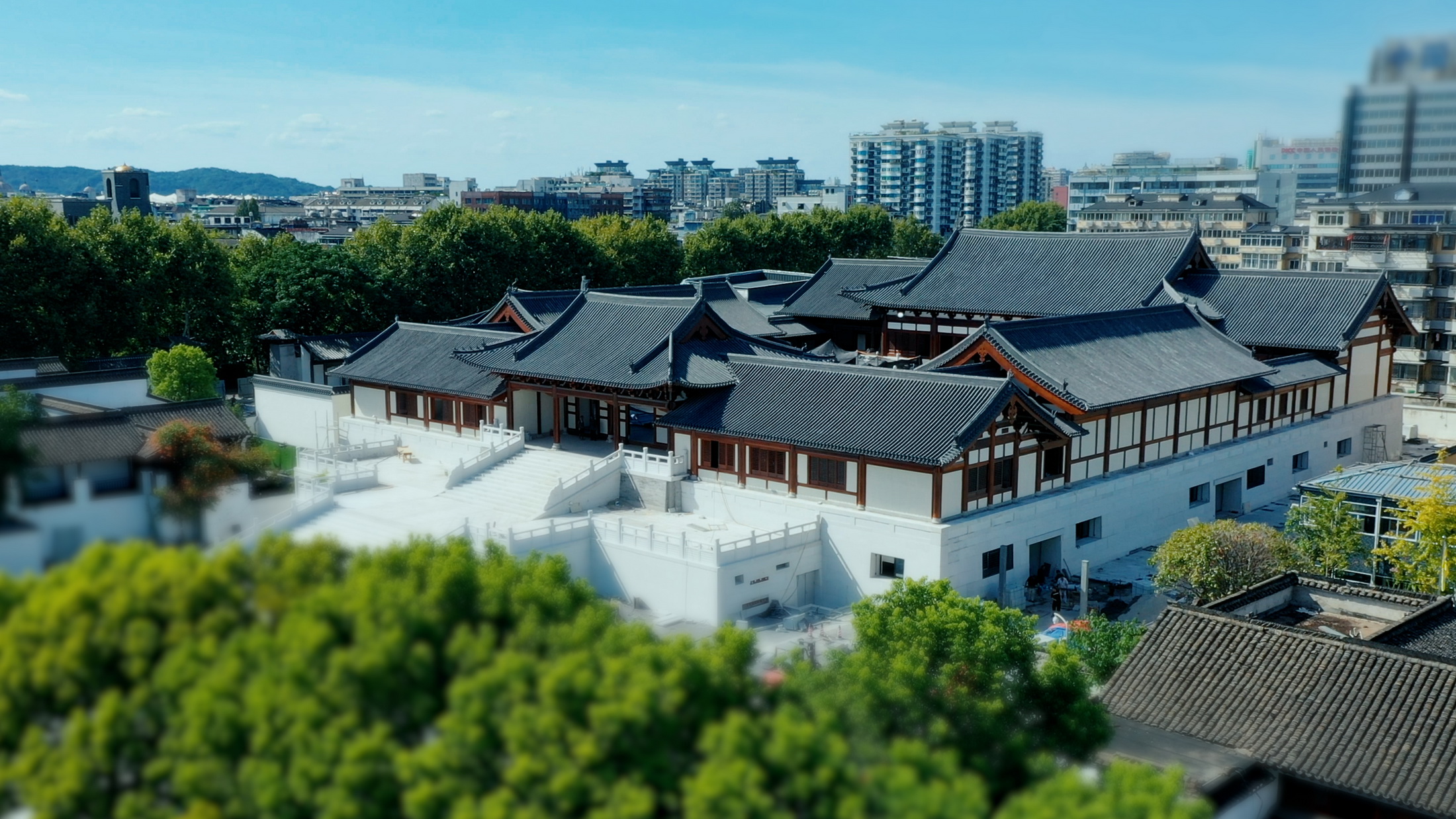 On Nov. 22, a museum much anticipated by many history fans across the country will open in Hangzhou, the capital of eastern China's Zhejiang Province, which offers a glimpse into the life and culture of one of the most glamorous periods in ancient China.

Among China's many ancient dynasties, when it comes to the beauty of artifacts, architecture, literature and art, the Song Dynasty, which dates back about a thousand years, is a popular choice for many Chinese experts and ordinary people.

And if people want to feel the splendor of the Song Dynasty in a city, Hangzhou is undoubtedly the place to go.

Therefore, just like the Qiantang River passing through the city, the bits and pieces of the Song Dynasty's charming culture have been nourishing Hangzhou, making it a place full of glamor and flourishing culture.

More than 800 years later, with the change of times and the development of urban construction, the once prosperous capital of the Southern Song Dynasty is now buried deep underground.

Hangzhou needs some visible venues to tell the story of the Southern Song Dynasty to people today. Contemporary residents can't wait to uncover the mystery of history and feel the elegance and charm of that era through the unearthed porcelain, brick and tile.

The museum of Deshou Palace of the Southern Song Dynasty is a key to open the cultural life of that era to the public.

Of course, the old residence is long gone. The Deshou Palace site was first discovered in 1984. After four large-scale archaeological excavations, large palace foundations, brick roads, rockery foundations, drainage facilities and many other relics were found, which serve as windows of archaeological evidence to provide people with a glimpse of the royal garden style and gardening technology in the Southern Song Dynasty.

The construction of the museum of Deshou Palace of the Southern Song Dynasty kicked off on December 28, 2020. After nearly two years of construction, the elegant Song-style building is actually a relic protection shed, below which is the ruins of the main hall on display.

It is a restoration of the underground site built in accordance with the estimated original appearance and scale based on the research of Song Dynasty construction books, paintings and archaeological findings.

This symbolic restoration is only a small part of the museum, which serves as a protective shelter for the ruins and also allows people to intuitively appreciate the architectural beauty in the Southern Song Dynasty.

More notably, a large number of architectural gardens during that period have been restored and displayed by digital means.

In order to let the audience see the site in a more vivid way, the whole site area of museum has set up 10 sites with digital displays. One can have a glimpse into the Deshou Palace and the architectural landscape of the royal palace in different periods through 3D interactive devices, dynamic long scrolls, digital projection, interactive AR augmented reality and virtual reality.

Through the organic integration of the original site and digital means, as well as immersive and interactive interpretation and display of the site information, the beauty of the Southern Song Dynasty architecture and garden is well reproduced for the first time in China based on dedicated restoration.

Today, walking out of the museum, the genes of Song Yun culture could be found everywhere as they have been engraved in the spirit and blood of the city.

Burning incense, making tea, hanging pictures and arranging flowers, the four leisurely activities mentioned by Wu Zimu of the Song Dynasty in his book depicting the life in ancient Hangzhou could be spotted easily even today. Dongpo meat, butter cake and Dingsheng cake have become taste symbols of the city. There are also Chinese Hongqu liquor and Southern Song liquor-making skills, Hangzhou brocade skills, etc. The Song people's pursuit of life aesthetics has been integrated into the life of the ordinary people today and become the connection point of cultural genes.

British writer Alain de Botton said that when we call a chair or a house "beautiful", we are really saying that we like the lifestyle they suggest.

The museum has attracted wide attention because it has cut through the mists of history to showcase the lifestyle of the Southern Song Dynasty, as well as the politics, culture, art and life aesthetics at that time. The social environment of the Southern Song Dynasty created the oriental thought and life, and also shaped a new height of oriental aesthetics. Its lingering charm still nourishes Hangzhou and people's life today.

More than 800 years ago, Hangzhou witnessed the boom of art and culture and the prosperity and elegant lifestyle of local people. After more than 800 years, the social atmosphere of openness, tolerance and innovation is still strong. With a local history of over 1,000 years, Song Dynasty charming culture has become the spiritual footnote of Hangzhou's Chinese modernization dream of promoting common prosperity.

When having a chance to visit Hangzhou, besides wandering along the West Lake, don't forget to visit the museum of Deshou Palace of Southern Song Dynasty. Between the magnificent Song Dynasty paintings, the warm porcelain and the vivid interplay of light and shadow, one can get a clue of the time-honored style of Hangzhou and the cultural code of its unwavering vitality.

Source: The Museum of Deshou Palace of Southern Song Dynasty

Caption: The external appearance of the Museum of the Deshou Palace of the Southern Song Dynasty