TALENT HAS NO GENDER: S.PELLEGRINO YOUNG CHEF ACADEMY LAUNCHES A BRAND-NEW WEBINAR SERIES TO DISCUSS HOW TO CREATE A FAIRER AND MORE REPRESENTATIVE GASTRONOMIC SECTOR

The value of diverse talent is at the core of S.Pellegrino Young Chef Academy, the inspiring community created by S.Pellegrino to nurture the next generation of visionary chefs. In line with this, the leading sparkling mineral water brand presents 'Driving gender balance in kitchens,' a digital forum to raise awareness on the gender balance issue within the food sector.

Where are we today in terms of female representation across the industry? What are the roots of its gender disparity? Why is change needed? How do we create inclusive environments at restaurants? Across four episodes - available on the S.Pellegrino Young Chef Academy website - the webinar series explores different aspects of the gender disbalance issue whilst outlining a roadmap for change.

Alongside Tom Jenkins, journalist and SPYCA spokesperson, as the moderator, the protagonists of the discussion about how to create a fairer and more representative sector are: Maria Canabal, award-winning journalist and Founder and President of the Parabere Forum; Vicky Lau, chef-patron of the two-Michelin starred Tate Dining Room and Mora in Hong Kong; Cristina Bowerman, the only female chef in Rome to not only helm a Michelin-starred restaurant, at Glass Hostaria, but to hold three forks from Gambero Rosso; and Nicolai N?rregaard, the chef and co-owner of the Michelin-starred Kadeau restaurants in Bornholm and Copenhagen, Denmark.

Canabal, starting from the history of modern cuisine, highlights how, over the years, the militarised kitchen brigade system that favours men, and everyday sexist attitudes, have held female chefs back. Female chefs are often underrepresented and unrecognised.

And the renowned chefs confirmed this: "If you go through the list of award-winning women in the world, they are almost all restaurant owners. For us, being independent is the only way to change this system," says Lau, "and despite having no experience, when I started alone, I didn't want to recreate an aggressive military regime. I have chosen and continue to choose calm, serene, balanced people," she concludes.

N?rregaard has decided to manage his kitchen differently, with no tolerance for aggression, screams and tension. "I am always the one who takes the final decision, but I learned, from a male chef, to be kind and respectful," adds Bowerman.

Search online for 'famous chefs' and the images that appear are always of men. But the first chef to be awarded three-Michelin-stars twice was a woman, Eugenie Brazier, and it was back in 1933. "This is proof that women in high-level kitchens aren't a recent phenomenon," Canabal underlines, "but today they are paid 28% less than their male colleagues. And if 93% of domestic cooking is the prerogative of women, if 48% of undergraduates in cooking schools are women, but especially if 55% of the world population is women, is there still a real need to distinguish between male chefs and female chefs? Talent has no gender: are we wired to identify talent when it comes in a feminine shape, or are we much more wired to identify the talent when it comes in a masculine shape?" she says.

"I often feel that I am interviewed as a woman," says Lau, "I am asked to give my point of view as a female chef and female owner, as if there were differences with men and as if my specific job, my path did not matter in itself." Bowerman also shares her experience of unequal pay: "I feel that I am a second choice for many events. Those who organise festivals, events, forums are looking for a woman not for her talent or for her path, but only as a woman, treating us as interchangeable." In addition, Bowerman continues, "women are offered about 20% less than men and the offer decreases every time we move to the second name on the list."

As proof of this, female guests at events are present in decidedly negligible percentages, except for the world jury of the S.Pellegrino Young Chef Academy Competition where 57% of the jurors are women.

Lau, Bowerman and N?rregaard agree that stereotypes in the kitchen must be removed. Working in the hospitality sector is challenging for all genders and everyone feels the need to find solutions that allow flexibility for the brigade, improving the balance between private life and work.

Tom Jenkins commented:"We recognise that gastronomy can be a challenging industry for female chefs and that they are often under-represented within it. For this reason, we are particularly proud of the webinar series project, one of the Academy's educational activities to bring the gender balance issue to the centre of the debate, disseminating good equality practices and inspiring young female chefs in their professional development".

About S.Pellegrino and Acqua Panna

S.Pellegrino, Acqua Panna and Sanpellegrino Italian Sparkling Drinks are international trademarks of Sanpellegrino S.p.A., which is based in Milan, Italy. Distributed in over 150 countries through branches and distributors on all five continents, these products represent quality excellence by virtue of their origins and perfectly interpret Italian style worldwide as a synthesis of pleasure, health and well-being. Founded in 1899, Sanpellegrino S.p.A. is the leading company in the beverage sector in Italy with its range of mineral waters, non-alcoholic aperitifs and drinks.

Sanpellegrino has always been committed to enhancing this primary good for the planet and works responsibly and passionately to ensure that this resource has a secure future. 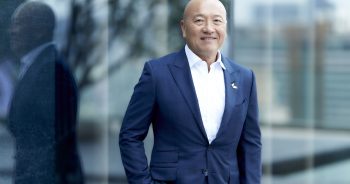