Baise, Guangxi: Twenty Years of Hard Work to the Frontier of Opening Up and Cooperation on the Border of South China

On November 2, the press conference on the 20th anniversary of the establishment of Baise City was held in Nanning, Guangxi. In the past 20 years, Baise has insisted on giving priority to industry and made every effort to promote the high-quality development of strong industry, characteristic agriculture and modern service industry. With the total output value growing 8.5 times, the total volume of import and export trade increasing by 44 times, and the scale of aluminum industry reaching RMB 100 billion, Baise successively won the honorary titles of "Top Tourist City of China" and "National Garden City".

Located in the west of Guangxi, Baise is a prefecture-level city with the largest border area between China and Vietnam, and also an important frontier city for China to open and cooperate with ASEAN countries, according to the Publicity Department of Baise City. Over the past 20 years, Baise has seized opportunities, carried forward reform and innovation and forged ahead, significantly enhancing the overall strength of the city, greatly changing the appearance of urban and rural areas, substantially improving the people's living standards, and achieving a great success in development and opening up. Public services such as employment, education, medical care, housing, maternity and old-age services have been well guaranteed and continuously improved, and the well-being of the people has been greatly improved. Its revitalization of industry has been developed rapidly and steadily, a regional power grid in Baise has been constructed and a national demonstration base for ecological aluminum industry has been built, with the scale of aluminum industry reaching RMB 100 billion. As its featured agriculture has been developed in an accelerated manner, Baise mango becomes one of the first 100 geographical indication products protected by European Union in China. Baise has pushed forward comprehensive management of mountains, rivers, forests, fields, lakes and grasses, and increased the forest coverage from 42.3% in 2002 to 73% in 2021, winning the honorary titles of "National Forest City" and "National Model City for Greening".

Meanwhile, Baise persists in reform and opening up, and constantly improves the level of opening up. Baise Key Development and Opening Pilot Zone was approved to be set up, making it China's first prefecture-level city-wide key development and opening pilot zone along the border. Longbang Port was upgraded to an international port and opened up the Naxi Corridor. Locals living by both sides of the border trade with each other and the output value of on-site processing of import goods ranks first in Guangxi. The international channel towards ASEAN has been further opened.

In addition, the construction of a batch of opening up and cooperation platforms, including Guangxi Aluminum Products Warehousing and Trading Center and Jingxi Border Economic Cooperation Zone, has been accelerated. The "Baise-1" train has successfully connected with China-Europe Railway Express, and foreign trade has developed rapidly. Baise has become one of the important node cities facing ASEAN and connecting the "Belt and Road".

Facing the future, Baise will persist in opening up for development, build Baise Key Development and Opening Pilot Zone with high quality, and accelerate the construction of such platforms as the Border Economic Cooperation Zone and the Cross-province (District) Economic Park. Besides, Baise will actively integrate into the "Guangdong-Hong Kong-Macao Greater Bay Area - Beibu Gulf Economic Zone - ASEAN" cross-regional and cross-border industrial chain supply chain and build a new pattern of higher-level opening up and cooperation. 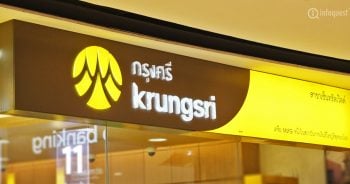