Richard Koh Fine Art (RKFA-KL) is pleased to announce Indonesia based Afghanistan artist Amin Taasha's (b.1995) first solo exhibition in Malaysia. Time-lapse is scheduled to run from 26 June – 13 July 2019 at Richard Koh Fine Art, 229, Jalan Maarof, Bukit Bandaraya, Bangsar 59100, Kuala Lumpur. The artist will present recent watercolour, mixed-media and sculpture pieces.
Born in the Bimiyan province in Afghanistan, Taasha's practice draws upon a wealth of traditional Central Asian artistic sensibilities that are steeped in elements of Greek and Buddhist art, merged into a distinctive classical style known as Greco-Buddhist. Taasha commonly infuses his pictorial plane with ancient Persian script, Buddhist iconography and figures referencing 7th – 11th century Afghan miniature paintings, executed within the stylistic range of Chinese calligraphy ink traditions and Zen abstraction. His forms are loaded with symbolic metaphors, reminding viewers about the inescapable fate of the past, in which it is always with us in our memories, the physical landscape and environment that endures.
As indicated by Taasha, "Each painting is individual and tells its own story[…] The horses are a symbol of mobility- of refugees who want better lives, but then bombs drop from the sky and machine guns shoot at them from the ground. The crows flying over the horses and carrying the Buddha's head away, they are my interpretation of the clever people who have education and money but use it to destroy their own culture and history. The more clever they get, the more corrupt they become."
In Time-lapse, viewers are immersed into a 'time-vortex', winding back centuries of Afghanistan culture and history. The paintings represent a romanticisation of the Khusan Kingdom and the triumph of miniature paintings, abridging them with the complexities of modern day Afghanistan. Miniature paintings were fundamentally historical documents recounting stories of heroism, class struggles, romance, spirituality, warfare and economic conditions of the time. Taasha appropriates its artistic language to indicate parallels in social conditions of the past to Afghanistan's current precarious position as a country seen through the eyes of Western media. The works are considered the artist's personal understanding of the world's relentless preoccupation (past & present) with the country; Historically, of its strategic significance as a crossroad for trade and presently, its scrutiny after the post American-Afghan war.
During the Taliban, Amin Taasha (b. 1995, Bamyan, Afghanistan) went to Kabul and continued his studies. He started painting in 2007 at the painting department of Marefat High School and in 2010, he continued his studies in painting at Kabul Fine Arts Institute. He first exhibited his paintings in 2008 and has participated in several exhibitions across the globe including Italy, Germany, France, US, Canada and
Indonesia. He spent three years painting in realism style and replicating nature. In 2009, he partook in contemporary arts workshops led by the renowned international artist, Khadim Ali, and through studying in art school, he began creating and mostly working with the contemporary style that combined both abstraction and miniature approaches. In the 2018 instalment of Jogja Art Week, Taasha headlined in the Jakarta Post, "Afghan Artist's 'Iron Cocoon' Lights Up Jogja Art Week" in which the article by Richard Horstman commented, "Taasha's sensitivity connects with the deepest level of our psyche, touching the soul. Works of extraordinary precision – beautiful and serene – Iron Cocoon reflects a maturity that belies the artist's years"
Richard Koh Fine Art has been in operation since 2005 and is regarded as a pioneer for introducing Asian contemporary art to Malaysia and the region. Promoting an adventurous roster of emerging and established artists, the gallery regularly mounts exhibitions locally and abroad with a commitment to emerging practices and challenging media.
For further information about the exhibition, please do not hesitate to contact Michael Low at +6016 217 5112 or the gallery at info@rkfineart.com / +6 03 2095 3300 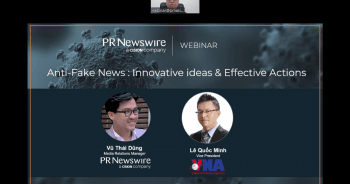