A rare disease, as defined by the Thai Ministry of Public Health, is any disease that affects a small percentage of the population - precisely, less than 10,000 people in the country. With only a minority of the population affected, these diseases are often overlooked and neglected. However, it is predicted that there are over 7,000 rare diseases with up to 300 million cases worldwide . Therefore, it is imperative to generate awareness and drive the advancement of effective treatments for patients affected by rare diseases, in order to help patients obtain a better quality of life and receive proper physical and mental rehabilitation. Additionally, this will also reduce financial burdens for patients and their families, as well as for the society. On the other hand, the treatment of rare diseases is still often under-prioritised, due to lack of disease specialists and its demanding requirements in terms of technology, R&D funding and high-level expertise for disease screening, diagnosis and treatment.

In the occasion of World Rare Disease Day, which coincides with February 28th of every year, Roche Thailand has partnered with the Foundation to Eradicate Neuromuscular Diseases of Thailand: F)E)N)D) to provide knowledge and create awareness for rare diseases, in particular neuromuscular diseases which are often found in newborns and children.

Spinal Muscular Atrophy (SMA) is a rare hereditary disorder caused by an abnormality in the recessive gene. Should both parents be carriers, the offspring will have a one in four (25%) chance of inheriting the disease. This genetic disorder affects the motor neurons?nerve cells in the brain stem and spinal cord, thus progressively destroying the motor neurons' ability to control essential skeletal muscle activity. The approximate global prevalence of SMA is 10 in 100,000 live births each year and the carrier frequency of about 1:40-1:60. Additionally, SMA is also the second most common genetic disorder following Thalassemia, whereby the disease is also the leading cause of death for infants and small children should they not receive a proper diagnosis or timely treatment.

Assoc. Prof. Oranee Sanmaneechai, MD., Committee, Foundation to Eradicate Neuromuscular Diseases of Thailand and Neuromuscular pediatrician, Siriraj Hospital stated, "SMA patients are currently not registered in Thailand, and therefore we are not able to determine the exact number of patients. However, there was a study conducted on the frequency of SMA carriers in Thailand, which is at 1:50. Should we factor that carrier frequency into the overall population, it can be estimated that Thailand has approximately 10,000-20,000 cases of SMA patients. SMA symptoms can start appearing anytime from birth to early childhood, where patients will show signs of weakened functions of the limbs, such as arms and legs, whereas some patients may also experience difficulties breathing. The daily life of an SMA patient depends on the severity of the symptoms and the age in which the symptoms appear. The main symptom is difficulty moving, which subsequently affects the patient's ability to lead a normal life - which implies that they will require constant support in addition to regular rehabilitation and physical therapy. In terms of treatment, the standard practice is the utilisation of gene therapy, which often requires disease-specific medical professionals and therapists. Therefore, it is imperative that all stakeholders including patients, medical professionals, public and private organisations work together to increase accessibility and expand treatment options in order to achieve better outcomes for patients."

There has been a recent innovation in treatment for SMA in adults and children 2 months of age and older that displayed clinically-meaningful improvements in motor function across two clinical trials in people with varying ages and levels of disease severity.

"The recent innovation of SMA treatment is considered a significant medical milestone, especially in the niche field of rare diseases. Evidently, this treatment can improve survival rate without the use of permanent ventilation for infants. Additionally, patients gain the ability to sit without support and can perform routine tasks that were not possible before, such as brushing teeth and combing hair by themselves, which are all considered key milestones not normally seen in the natural course of the disease." Sansanee Lerdlitruangsin, MD., Medical Director, Roche Thailand said that "We continue to innovate, in order to bring new treatments and diagnostic tests for rare diseases to the people who need them most. Our efforts go in hand in hand with our purpose of creating transformational therapies that enable people living with fatal or life-limiting rare diseases to lead the most fulfilling lives possible."

Moreover, organising regular events for the patients and their family is highly crucial, as oftentimes patients can experience difficulties adapting to social norms. Therefore, uniting patient groups to share experiences and knowledge of proper treatment and care, as well as providing moral support for one another can greatly benefit patients' mental and physical wellbeing. The Foundation to Eradicate Neuromuscular Diseases of Thailand: F)E)N)D), founded in 2015, is a foundation of hope and moral support for Thai children affected by these diseases. Whereby, the main objectives are to increase the accessibility to expert medical support for children with neuromuscular diseases, as well as receiving adequate rehabilitation both physically and mentally. This can include supplying essential medical equipment and creating inclusivity for these children so that they can participate in educational or social activities - that will in turn help to improve their quality of lives, build moral support and increase the ability to lead the most fulfilling lives possible.

Nuttee Eiamrittikrai or Peak, aged 8, along with his mother Rachada Sripattanavong, have shared their firsthand experiences as an SMA patient and caretaker. "Peak was diagnosed with SMA at 9 months old. This disease has had an immense impact on our daily lives as my son has limited ability to care for himself. Thus, I have to be there to assist him in all aspects of life, including at school. Therefore, my greatest hope for him would inevitably have to be that his conditions improve, so that he is able to help himself more an lead the most normal life possible." Rachada stated. As for Peak, he shared his ultimate dream, as well as lends moral support to fellow SMA patients, "My greatest wish is to have strong muscles, so that I can walk like other children, even if it is only for one day. I would also like to send warm wishes and encouragements to other children with SMA to keep fighting because we will get through this together."

SMA and other rare diseases should not be overlooked and require profound understanding to provide proper care and treatments for patients. Moreover, moral support from peers is a crucial part in cultivating a fulfilling, happy and most normal life for patients, both physically and mentally. To learn more about SMA and stay updated with news and activities, visit F)E)N)D)'s Facebook page at https://www.facebook.com/fendfoundation/about/ or https://www.roche.com/partnering/spinal-muscular-atrophy-sma-together.htm. 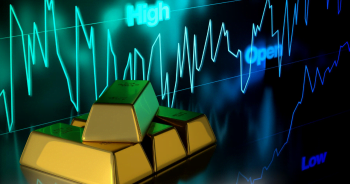