Fitch Ratings has upgraded TMBThanachart Bank Public Company Limited's (TTB) Long-Term Issuer Default Rating (IDR) to 'BBB' from 'BBB-' and the National Long-Term Rating to 'AA+(tha)' from 'AA-(tha)'. The Outlook is Stable. Fitch has also upgraded the Short-Term IDR to 'F2' from 'F3' and affirmed the National Short-Term Rating at 'F1+(tha)'. A full list of the rating actions is below.

The rating actions follow Fitch's re-assessment of the bank's systemic importance, and the likelihood of extraordinary support from authorities, if needed, following the completion of the bank's integration with Thanachart Bank Public Company Limited and the central bank's announcement that TTB has been designated a domestic systemically important bank (D-SIB).

The upgrade of TTB's IDRs and National Long-Term Rating was driven by the revision in the Support Rating Floor (SRF) to 'BBB' from 'BBB-'.

The ratings take into account the propensity for the Thai authorities to maintain stability in the system - particularly the largest banks, including TTB now that it has been designated as a D-SIB. The Thai authorities have effectively backstopped the banks' financial profiles over the past 18 months through various measures, including forbearance and supporting the broader economy. Support prospects are likely to be mainly driven by systemic importance and potential for disruption to the system in the event of stress at TTB, despite the bank's smaller size relative to other D-SIBs.

That said, Fitch also acknowledges the Ministry of Finance's direct and indirect 22% stake in TTB could be a factor in any decision to support the bank. Even so, we view the stake as less of a strategic long-term investment than at other banks with state linkages, and therefore see support propensity as not being as high as for other state-linked banks.

The upgrade of the Short-Term IDR to 'F2' reflects Fitch's belief that support is more certain in the near-term, and that there are no significant impediments to the Thai sovereign (BBB+/Stable/F1) providing support, in case of need.

The upgrade of the National Long-Term Rating also takes into consideration TTB's relative creditworthiness compared with other entities rated on our Thai national scale.

The senior debt ratings were upgraded and equalised with the Long-Term IDR, as they represent unsecured and unsubordinated obligations of the bank.

The Stable Outlook is consistent with the Outlook on Thailand's sovereign ratings, and is also based on Fitch's view that support propensity is unlikely to change in the near term.

The SRF revision was based on Fitch's belief that there is a higher propensity for the state to provide extraordinary support to TTB due to its systemic importance. TTB completed a successful integration with Thanachart Bank on 5 July 2021 into one legal entity. The combined bank is the sixth-largest bank in Thailand with deposit market share of about 9% at end-2020. The Bank of Thailand designated TTB as the sixth D-SIB on 25 August 2021, which also reflects the bank's high level of interconnectedness in the financial sector and its complexity of financial products.

In a similar way to Thailand's other D-SIBs, TTB will be required to meet more stringent regulations, such as maintaining an additional D-SIB capital buffer of 1% (leading to a minimum common equity Tier 1 of 8%) and being subject to more rigorous supervisory measures. Fitch expects that TTB will have no difficulties complying with the new capital requirements - the bank's common equity Tier 1 as of end-June 2021 was 14.5%.

There could be a positive rating action on TTB's Long-Term IDR, National Long-Term Rating and senior debt rating if there were similar changes in the SRF. The National Rating of TTB would also take into account the bank's relative credit profile compared with other entities on the Thai national scale.

A multiple-notch revision of the SRF to 'A-' could lead to an upgrade of the Support Rating.

Factors that could, individually, or collectively, lead to negative rating action/downgrade:

Negative action could be taken on the SRF if the government's ability to provide support declines. This may, for example, happen if Fitch downgrades Thailand's Long-Term Foreign-Currency IDR. There may also be negative rating action if Fitch believes that the state has reduced its propensity to provide support to TTB, such as through a large decline in the bank's perceived level of systemic importance, or TTB no longer being designated as a D-SIB. However, Fitch does not expect this to occur in the near term.

PUBLIC RATINGS WITH CREDIT LINKAGE TO OTHER RATINGS
TTB's ratings are linked to Thailand's sovereign ratings. 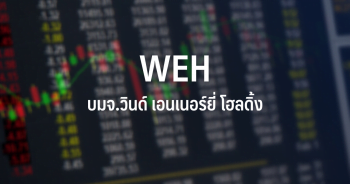 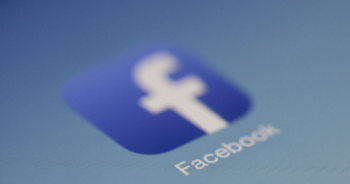