Chotiwat Manufacturing Pcl. or CMCF, showing its potential as Thailand's major integrated processed seafood producer, aims to develop and produce food with innovations and safety for the world and to expand customer bases for its various products as well as increase production efficiency leading to decreasing labor in the future. Poised to expand the range of ready-to-eat foods to accelerate growth, the company has recently received filing approval from the SEC and is in the process of launching an IPO.

Mr. Somneuk Chotiwattanaphan, Chief Executive Officer, Chotiwat Manufacturing Public Company Limited or CMCF, remarks that the company has been in business for more than four decades as a producer of a wide range of food products, including processed seafood in cans and vacuum bags, pet food, and seafood by-products, for distribution worldwide. The company's vision is to be a producer of high-quality and reliable products, focusing on developing and producing food with innovations and safety for the world.

"We are currently regarded as the country's major integrated producer and processor of tuna fish, with a total production capacity of 87,900 tons in net weight a year of processed food in cans and vacuum bags and pet food. We are capable of producing in great volume and variety at per-unit low cost, and we pay special attention to producing quality products and timely delivery at competitive prices," Mr. Somneuk says.

In 2020 CMCF has expanded its production base to Indonesia, which is the world's major tuna fishing ground and sustainable fishing source. The company acquired 49% of shares in PT Lautindo Synergy Sejahtera or LSS, a processor and distributor of frozen trimmed tuna with a capacity of 12,700 tons in net weight a year. Its products are used as feedstock for the company's production of processed tuna, thus reducing risks of fish sourcing and labor shortage, and in the process supporting the company's expansion plan in Asia, Europe and North America.

The company's growth strategy focuses on expanding clientele in the pet food sector, which has high gross profit and growth rates, and in processed seafood made of materials from sustainable fishing, which also has high-growth potential. Attention will be paid also to boosting production efficiency with an eye toward reducing reliability on labor in the future. For its part, LSS of Indonesia plans to produce and distribute processed tuna in vacuum bags together with other varieties of products. Furthermore, CMCF envisions a strategic plan to add value to its products and aims to achieve zero-waste in its production process by using by-products from tuna processing as raw materials for other products which will enhance revenue and gross profit as well as reducing wastewater treatment cost in the production process.

Moreover, the company will be making additional earnings from the production and distribution of products under its own brands, including "MPRO" liquid food supplement which is functional food, steeped in nutritional values, suitable for health-conscious and elderly people. The product has been placed for sales in hospitals since last year. Another product is "EzyQuic", which is a ready meal containing meat, vegetables and cereals, suitable for organizational clientele requiring food ready to be served at various events or functions.

Mr. Somboon Chotiwattanaphan, Chief Financial Officer, CMCF, adds that the company currently operates two production facilities in Hat Yai district of Songkhla province, including a plant producing processed seafood in cans and vacuum bags, pet food and other products, and another plant operated by a subsidiary producing fishmeal for livestock feed. Meanwhile, a processing plant and distributor of frozen trimmed tuna is operated by LSS in Indonesia.

It should be noted that the company pays special attention to its production process, which as a result has been certified by various international standards, including the Chain of Custody Standard by the Marine Stewardship Council or MSC. The company's products are also kosher certified by Jewish consumer groups.

In addition, the company is socially and environmentally aware in keeping with the trend of consumers demanding social responsibility and environmental protection. The trend has given rise to consumption of processed seafood in cans and vacuum bags made of sustainable seafood sourced from environmentally responsible fishing, and has contributed to the growth of the processed tuna industry. Grand View Research, a global research firm, found that the industry earned USD 11,721 million in 2019 and estimated that it would grow to USD 17,331.6 million in 2027 or an average annual increase of 5%.

"We take seriously environmental impacts from the production process. For example, we have installed a state-of-the-art and energy-efficient anaerobic fixed film reactor to treat wastewater and solid waste. The system uses biogas created by the decomposition of organic substances in the wastewater to heat water before it goes into the boiler. In that way, it helps save energy in producing hot steam. This is the way we grow while saving the environment," Mr. Somboon concludes. 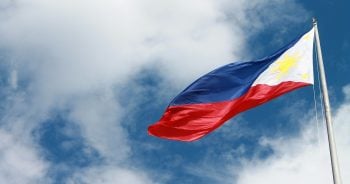 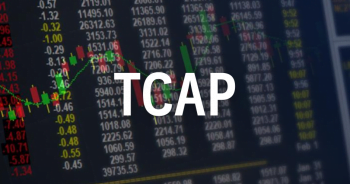