Fitch Ratings (Thailand) has assigned an expected National Long-Term Rating of 'AAA(tha)(EXP)' to guaranteed bonds of up to THB1.0 billion to be issued by Thai ORIX Leasing Company Limited (TOLC). The Outlook is Stable.

The final rating for the upcoming issuance is contingent upon the receipt of final documents conforming to information already received and the Office of Securities and Exchange Commission's approval of the bond issuance.

The Stable Outlook on the National Long-Term Rating on the guaranteed bonds implies that the bond rating could remain at 'AAA(tha)' even if ORIX's Long-Term Foreign-Currency IDR were to be downgraded to 'BBB+', which is possible as indicated by the Negative Outlook. At 'BBB+', ORIX's IDR would be at the same level with Thailand's Long-Term Local-Currency IDR and would remain consistent with the best credits in the country.

TOLC provides a wide range of leasing products, including finance and auto-operating leases, hire purchase and rentals of equipment and machines. TOLC's assets stood was THB14.4 billion at the end of the financial year to March 2021 (FYE21).

ORIX, the largest non-bank finance company in Japan in terms of total assets (JPY13.6 trillion at FYE21), holds a stake of 96.6% in TOLC while Bangkok Insurance Public Company Limited owns the remaining 3.4%.

For more information on ORIX, please refer to the credit report dated 22 January 2021 and to the rating action commentary, Fitch Affirms ORIX at 'A-' with Negative Outlook, dated 15 December 2020.

An upgrade of the expected rating on TOLC's guaranteed bond is not possible as the 'AAA(tha)(EXP)' rating is the highest on the national rating scale.

Fitch could downgrade the expected rating on TOLC's guaranteed bonds if ORIX's Long-Term Foreign-Currency IDR falls below Thailand's Long-Term Local-Currency IDR, either through a downgrade of ORIX's rating or an upgrade of the Thai sovereign rating, while also taking into account relativities on the Thai national rating scale. 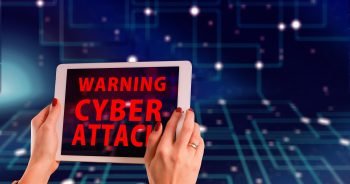