Chulalongkorn University, The Department of Marine and Coastal Resources (DMCR) and The Ocean Cleanup Team Up to Monitor and Remove Chao Phraya River Plastic Waste in Bangkok, Thailand 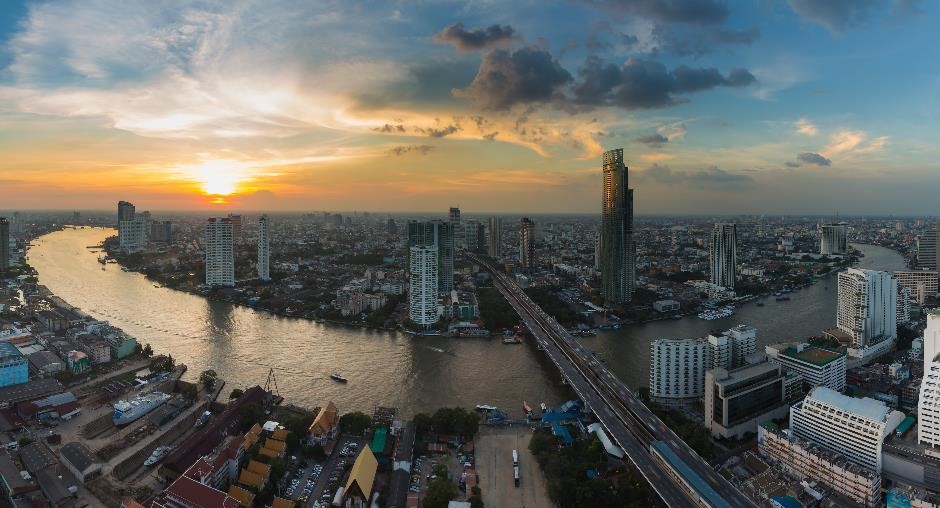 Chulalongkorn University together with the Department of Marine and Coastal Resources (DMCR), the Asimar subsidiary Ecomarine and The Ocean Cleanup have teamed up to remove plastic pollution from the Chao Phraya River in Bangkok, Thailand, as well as entering into a deep investigation of the mechanisms of plastic debris behaviour through all seasons. The Ocean Cleanup is a data and research driven non-profit organisation, developing and scaling technologies to rid the world's oceans of plastic, based in the Netherlands.

The demand for synthetic, petroleum based plastics is ever-rising. While the world used 2 million tons of the material in the 1950s, today, around 400 million tons of plastic products are purchased every year. The many benefits these materials offer to the modern world - in sterile food packaging and medicine, lightweight automotive and aviation and a multitude of further examples - at the end of their use, many plastic products pose a vast environmental problem. "Of the globally more than eight billion tons of plastics ever produced to date, 80% have already ended up in landfills or the environment", says Professor Dr Suchana Chavanich from Aquatic Resources Research Institution (ARRI) and Chula Unisearch, at Chulalongkorn University, Bangkok. Professor Suchana is heading the Chulalongkorn University delegation of senior academics involved in this research collaboration from covering the Faculties of (i) Science, (ii) Engineering, and the Institutes for (iii) Environmental Research, (iv) Aquatic Resources Research and (v) Social Research as well as (vi) the Department of Survey Engineering.

Rivers are major pathways for plastic waste being flushed towards oceans. Recent models predict 0.8-2.7 million tons of riverine plastics transport every year worldwide. "Our academic partnership and the unique characteristics of the Chao Phraya River offer an extraordinary opportunity as an 'environmental laboratory' to advance our understanding of plastic pollution sources, transport and fate", says Dr Thomas Mani, Lead River Field Scientist at The Ocean Cleanup.

In parallel, The Ocean Cleanup is partnering with DMCR and the Asimar subsidiary Ecomarine, to install an Interceptor(TM) in the Chao Phraya River. This deployment is another necessary step on our mission to rid the world's oceans of plastic and tackle the most polluting rivers. We hope to intercept between 80 and 300 tonnes of plastic per year, raise awareness of this important issue and explore other opportunities to intercept plastic in the tributaries of the Chao Phraya in the upcoming project phases of the following years.

For the research scope, Dr Mani is the research project leader, introducing plastic pollution experts from The Ocean Cleanup to the project; he is convinced that "one cannot manage what one cannot measure'. This is why the involved parties have recently signed a memorandum of agreement with an in-depth research plan to advance the citizen's, government's and scientific community's understanding of this environmental threat. The three-year research project (2021-2024) is focusing on the urban section of the Chao Phraya River around the metropolis of Bangkok. Many mechanisms of seasonal plastic waste fluxes are still poorly understood. When and how do plastics spill into the Chao Phraya River? When, how fast and how far will they be flushed downstream? Which proportion of riverine waste will reach the estuary and the Gulf of Thailand? Which amounts and types of plastics are intercepted by mechanical cleanup through the Interceptor(TM)? To answer these questions, the researchers will deploy monitoring cameras on tributary canals and river bridges, release GPS trackers into the water network to follow their pathways, and interview local residents about awareness and beliefs regarding household waste emissions to the water. "Empirical evidence is needed to support and contest current model data", explains Dr. Sumana Kajonwattanakul, Director of the Marine and Coastal Resources and Development Institute of DMCR. A strongly interconnected governmental entity, Director Sumana and her Department play a key role in the project. The scientific data and cleanup results are not only expected to support the understanding and protection of the Chao Phraya River environment context but also that of a multitude of water catchments around the world.