SCGC's rating and the Outlook is equalised with that of its 100% parent, The Siam Cement Public Company Limited (SCC, A+(tha)/Stable), based on the parent's 'Medium' legal incentives. 'High' strategic incentives and 'Medium' operational incentives to provide support, in line with our Parent and Subsidiary Linkage Rating Criteria.

We assess SCGC's Standalone Credit Profile (SCP) at 'a-(tha)', which we expect to be constrained by high fund flow from operations (FFO) net leverage over the next two years due to large investments. This is counterbalanced by SCGC's strong market position as one of south-east Asia's leading petrochemicals producers, serving multiple end-markets.

KEY RATING DRIVERS
'Medium' Legal Support Incentives: We assess SCC's legal incentives to support SCGC as 'Medium', as the parent unconditionally and irrevocably guarantees credit facilities of USD3.2 billion on SCGC's greenfield Long Son Petrochemicals (LSP) project in Vietnam. We expect guaranteed debt to rise until 2023 as SCGC progresses to project commissioning, at which point guaranteed debt is likely to reach around 50% of SCGC's debt and then remain at between 20%-50%.

'High' Strategic Support Incentives: SCC 'High' strategic incentive to support SCGC is underpinned by SCGC's significant 40%-50% contribution to the parent's consolidated EBITDA. This is the highest among the parent's three core businesses; the others being cement and building materials (25%-35% of SCC's EBITDA), and packaging (20%-30% of SCC's EBITDA). SCGC's contribution could rise further beyond 2023 as the LSP project starts generating cash flow. SCGC also accounts for the majority of SCC group's fixed-asset investment, which we expect to increase from ongoing investment in the LSP project.

'Medium' Operational Support Incentives: We regard the level of management and brand overlap between SCC and SCGC as 'High'. SCC integrates management decisions on key subsidiaries, including SCGC, with the common 'SCG' brand for products sold across its cement and building materials, chemicals, and packaging businesses. However, we view operational synergies between SCC and SCGC as 'Weak', as each business is part of an independent value chain. This leads to immaterial avoidance cost of SCGC's operations to the parent, limiting operational incentives to provide support.

Solid EBITDA Growth: We estimate that SCGC achieved 40% yoy EBITDA growth in 2021, thanks to the completion of its cracker debottlenecking project together with healthy sales volume and product spreads. We expect SCGC to maintain healthy EBITDA of THB25 billion-35 billion a year in 2022-2023, despite our forecast of lower petrochemicals spreads, particularly polyolefins. We believe rising volume from robust demand should help offset tighter product-spreads from new capacity coming online.

Diversified End-Markets: Around 40% of SCGC's revenue is from the consumer and packaging sector and around 40% from the construction sector. This should support healthy demand growth and an earnings rebound in the next 12-18 months.

Leading Market Position: SCGC's SCP benefits from the company's leading market position in Thailand and ASEAN, where it has the second-largest capacity of polyolefins and the largest capacity of polyvinyl chloride (PVC) products by equity stake. We expect SCGC's market position to improve over the medium term. The LSP project, the first and largest petrochemical complex in Vietnam, will increase SCGC's polyolefin capacity by around 50% and make the company the largest polyolefins producer in ASEAN it is commissioned in 2023.

DERIVATION SUMMARY
SCGC's National Long-Term Rating is equalised with its parent's rating, reflecting 'Medium' legal, 'High' strategic and 'Medium' operational incentives to provide support. SCGC's SCP, on the other hand, reflects its leading market position in ASEAN in its core polyolefins and PVC products. However, the SCP is constrained by SCGC's mode of expansion, which will pressure its financial leverage over the next two years.

We regard the linkages between SCC and SCGC as stronger than those between SCC and its packaging-subsidiary, SCG Packaging Public Company Limited (SCGP, A+(tha)/Stable, SCP: a(tha)). This is because SCGC has stronger legal links with its parent, as reflected in a corporate guarantee of around 50% of SCGC's debt, which is not available to SCGP, and SCGC's higher strategic importance, given its much larger financial contribution to the group and share of group investments.

The SCPs of SCGC and Thai Oil Public Company Limited (TOP, A+(tha)/Negative, SCP: a-(tha)) - Thailand's largest and most complex oil refiner - are the same. Both companies have comparably strong business positions in their respective industries. However, SCGC has higher operating EBITDA, as TOP is exposed to a more volatile refinery business with a thinner operating profit margin. Both companies face high investments, elevating financial leverage, but the greater risks to TOP's deleveraging pace over the near term is reflected in the Negative Outlook.

For the ratings on SCC, the following sensitivities were outlined by Fitch in the rating action commentary published on 24 January 2022:

LIQUIDITY AND DEBT STRUCTURE
Sufficient Liquidity: SCGC has THB52 billion of debt maturing within the 12 months to end-June 2022, 86% of which are intercompany loans from the parent, which are revolving in nature. SCGC's liquidity is supported by SCC via the group's treasury pool, but the funding requirement for the LSP capex plan over the next two years will be met by committed credit facilities from banks. The company's liquidity is also supported by operating cash flow of about THB25 billion a year.

ISSUER PROFILE
SCGC is a wholly owned subsidiary and a key chemicals operating arm of SCC, one of Thailand's largest industrial conglomerates. SCGC is the second-largest downstream chemicals producer in Thailand and ASEAN for its main products, polyolefins and PVC.

PUBLIC RATINGS WITH CREDIT LINKAGE TO OTHER RATINGS
SCGC's rating is linked to SCC's rating. 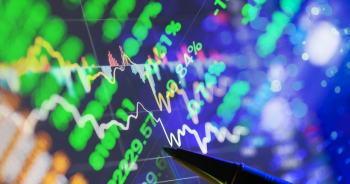