The affirmation reflects our expectation NNEG's FFO net leverage will fall below 4.3x over the medium term after rising in 2022 beyond Fitch's negative rating sensitivities. We expect short-term pressure on margins during 2022, driven by the spike in gas prices since early 2022, which will affect the margin on electricity sales to industrial users as a delay is likely in electricity tariff adjustment and it is planning major maintenance during the year.

KEY RATING DRIVERS
Pressure on Profitability: Fitch expects NNEG's EBITDA margin to narrow to around 15% in 2022 on the rise in gas prices and a timing mismatch between tariffs and fuel cost for its electricity sales to industrial users, including additional expense from the major planned maintenance in 2022. We expect the margin to recover to 24% from 2023 as tariffs will increase gradually starting mid-2022 and gas prices will fall in tandem with a reduction in oil prices, based on Fitch's assumptions.

Rise in Capex: Fitch expects capex to rise to about THB2.2 billion over the next three years, mainly from expanding electricity capacity by 30MW and steam by 5 tonnes per hour (tph). The new capacity will start commercial operations by mid-2024 and serve industrial users under long-term sales contracts, with a similar pricing structure to the existing operation. NNEG's cash flow from operations will not be sufficient to cover the capex during the period. NNEG planned funding for the expansion will be equivalent to a debt-to-equity ratio of 70:30.

Moderate Credit Profile: Fitch expects NNEG's financial leverage to increase to over 5.5x in 2022 from the weakened margin. Its leverage will improve and fall below 4.3x by 2023, supported by the recovery in operating performance. We also expect its leverage profile to remain within its rating level during the major capex in 2023-2024 due to improved operating scale and funding of new expansion from both debt and additional capital.

Long-Term Contracts: NNEG's earnings benefit from long-term contracts under Thailand's power-purchasing programme for small producers. NNEG has a 25-year take-or-pay power purchase agreement (PPA) under the programme to sell 90MW of electricity - about half of its capacity - to state utility Electricity Generating Authority of Thailand (EGAT, BBB+/Stable). NNEG sells the remaining electricity and steam generation from its 179MW gas-fired cogeneration power plant to industrial users under long-term sales contracts of around 17 years on average.

Low Demand Risk: NNEG's PPA with EGAT has capacity charge payments and assured off-take of at least 80% of contracted capacity. Its electricity and steam sales contracts with industrial users do not have minimum off-take agreements, but the risk is mitigated by strong demand from industrial users in the Nava Nakorn Industrial Zone for over 300MW and a wide range of customers. NNEG's utilisation rate has been stable at over 80% and it has a good record in ramping up additional capacity, as its recent expansion of 54MW enhanced EBITDA growth by 35% in 2021.

Limited Price Risk: The PPA with EGAT allows NNEG to pass on any rise in fuel costs and foreign-exchange risk, while steam sales to industrial users are on cost-plus pricing. However, NNEG's earnings from electricity sales to industrial users are exposed to some price risk. An adjustment mechanism takes into account changes in fuel prices but the tariff adjustment is largely at the regulator's discretion. This leads to a temporary impact on profitability although the regulator generally balances tariff adjustments over the medium term.

Single Operating Asset Risk: NNEG's single asset and small size with no earnings diversification are the key constraints on its rating. NNEG's earnings and cash flow could be significantly affected by an unanticipated outage or efficiency shortfall. Nonetheless, the operation and maintenance agreement with EGAT, a long-term contract for Siemens AG (A+/Stable) to provide maintenance for key components at the power plant, and a permanent flood-protection system should mitigate the operational risks.

DERIVATION SUMMARY
NNEG's earnings and cash flow are similar to that of Global Power Synergy Public Company Limited (GPSC, A+(tha)/Stable, Standalone Credit Profile (SCP): a-(tha)), a major power producer in Thailand. Both companies have predictable and stable earnings due to low competition from long-term contracts, but NNEG has less asset diversification and a much lower operating cash flow than GPSC. We expect NNEG to have lower financial leverage than GPSC over the medium term, as GPSC has high capex and investments. Hence, NNEG's ratings is the same as GPSC's SCP, despite its significantly better business profile stemming from better asset diversification and higher operating cash flow.

NNEG's operating cash flow profile is close to that of Bangkok Aviation Fuel Services Public Company Limited (BAFS, BBB+(tha)/Negative), an aviation refuelling service operator in major airports in Thailand. Both companies have predictable and stable earnings. However, BAFS's cash flow predictability and stability are temporarily affected by the impact of the pandemic on the global aviation industry, while NNEG's operations have been significantly less affected. NNEG has a smaller operating scale and less diversification than BAFS. However, we rate BAFS below NNEG by one notch due to BAFS's significantly weaker financial profile.

LIQUIDITY AND DEBT STRUCTURE
Sound Liquidity: NNEG had total debt of THB5.4 billion at end-December 2021, of which THB372 million is due to mature in 2022. Liquidity is supported by cash on hand of THB1.0 billion at end-2021 and NNEG's ability to generate funds from operations of around THB500 million-900 million a year in 2022-2024.

ISSUER PROFILE
NNEG is a small power producer in Thailand. Its gas-fired cogeneration power plant is located in the Nava Nakorn Industrial Zone and serves EGAT and industrial users. Its total installed capacity is 179MW of electricity and 40tph of steam. 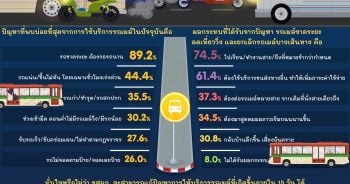