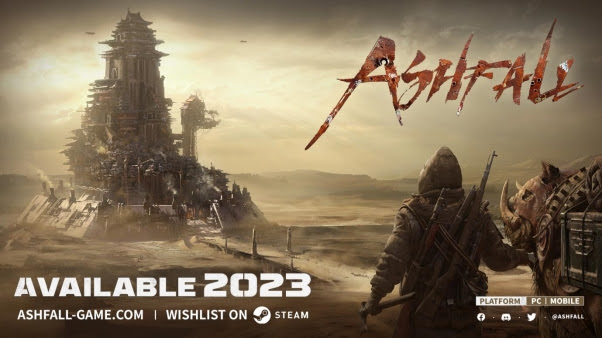 Legendary Star Studio, a team with extensive experience in FPS and RPG gameplay genres, has announced Ashfall, a new post-apocalyptic adventure shooter MMORPG for PC, Android, and iOS devices, which will launch in 2023. Ashfall debuted with an explosive trailer during the Tokyo Game Show 2022, which was followed by an in-depth deep dive into its gameplay, in a presentation during the IGN Showcase livestream, offering gamers around the world an extensive first look at Ashfall.

Ashfall is set in a post-apocalyptic world that has been scorched by nuclear war, as mankind's greatest creation once turned against them. The war was caused by a vast artificial intelligence that betrayed humanity and attempted to destroy all life on the planet, save for the robots. Humanity survived, however, and the last humans created pockets of civilization among the ruins of their former glory. Natural resources are dwindling and the last vestiges of mankind battle each other for supplies, but all is not lost, as hope lies on with the rumours of the "Core of Creation", which may be able to heal the shattered land. The players take on the role of Wanderers: soldiers and explorers who are tasked with leaving the safety of their Vault and searching the dangerous lands, in the hope of finding mankind's salvation.

Ashfall is a third-person adventure shooter, with a focus on using cover and team-tactics to overcome enemies. The goal of the game is rebuilding civilization and reclaiming the wasteland, but the task won't be easy. Not only is the land itself dangerous to explore, but there are many enemies who now dwell in the ruins of society, including bands of raiders, murderous machines that were designed for war, and packs of mutated animals. Combat is just one part of Ashfall, as there is a massive world that is waiting to be explored, filled with loot for players to find and secrets to uncover about the society that existed before. There are many quests for players to take on and colourful NPCs who reside in the world of Ashfall who are waiting to be encountered.

In Ashfall, the player creates their own Wanderer from a bevy of options in the character creation mode, and equips them with all manner of futuristic guns and gear that they will need for the trials ahead. There are lots of potential character builds available that players can tailor to their own gameplay style, as well as powerful equipment that can be salvaged, in order to give them a competitive edge. The combat involves using cover and the environment to the player's advantage, as they off against all manner of different foes. The mightiest of these can be faced in exciting boss battles, ranging from giant beasts, to elite solo enemies with skills that match the player's own. Luckily, players won't have to take face these challenges alone, as Ashfall has both single and multiplayer modes, allowing groups of friends to explore the wasteland together, and take on the challenges as a team.

The creators of Ashfall are huge fans of post-apocalyptic games, especially the Fallout series, and they have been inspired by some of the biggest names in the genre. With Ashfall, the team has been able to add an Eastern flavor to the game's aesthetics. It's often the case that Eastern imagery is tied to the cyberpunk genre and is rarely seen in post-apocalyptic fiction. Ashfall has the unique opportunity to create something truly unique to the post-apocalyptic genre, while still having a familiar feel. The developers have also gone to great lengths to build a visually stunning world, featuring realistic weather effects, motion captured actors for its character animations, realistic glass shattering effects, and advanced lighting and reflections, to help bring the wasteland and its denizens to life.

In order for the wasteland of Ashfall to be truly immersive, the world also needs to sound the part. Ashfall's music needs to evoke the loneliness and danger of the end of civilization, while still being stirring when adventure arises. To this end, Ashfall has a team of world class musicians that will bring the wasteland to life, including Academy Award winner Hans Zimmer (Dune, Dunkirk, No Time to Die, Gladiator), Inon Zur (Fallout 3, Fallout 4, Fallout: New Vegas, Dragon Age Origins), and Steve Mazzaro (No Time to Die, Army of Thieves, The Amazing Spider-Man 2). This team has an incredible pedigree and there are few line-ups better suited for bringing the world of Ashfall to life than these men.

Legendary Star Studios gave the world its first taste of Ashfall at the Tokyo Game Show 2022, but it certainly won't be the last. The team is planning multiple betas, which will give players the chance to shape the world of Ashfall ahead of launch. Those who wish to be among the first to experience the mysteries of Ashfall need to wishlist the game on Steam and follow the game's official social media channels, in order to be kept up to date on Ashfall and to be made way aware of when it finally launches.

To learn more about Ashfall, visit:

Each member of the team is a huge fan of apocalyptic scenarios - and post-apocalyptic wasteland-themed works and hopes to build a unique world in this genre into their game production. Encompassing the elements of a wasteland world collapsing from resource depletion and warfare, through a deep dive into destruction and rebirth, every time they come up with a game concept, they explore and recreate the theme in a brand-new way.

The team members have highly diverse backgrounds, with both an international perspective and a deep understanding of local culture. In order to create a unique gaming experience for players, the studio integrates and adds many unique eastern cultural influences, such as various Chinese-style buildings, monsters, and folk customs. Integrating this with the post-apocalyptic wasteland setting produces a wonderful chemical reaction, and we hope, will offer players an unprecedented gaming experience. 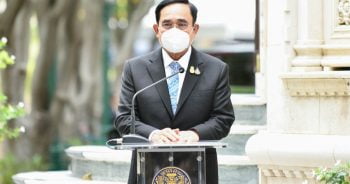