The downgrade reflects the sharp deterioration in FNS's business risk profile after it exited its financial services businesses in May 2022 as well as the company's tight liquidity. We estimate that liquidity will be sufficient for the next year or two, supported by the large cash balance from the disposal of FNS's investments. This should cover debt repayments in October 2022 and January 2023.

Support to Affiliate Unlikely: FNS is a holding company of several investments, the largest of which is a property developer, M.K. Real Estate Development Public Company Limited (MK). MK accounts for more than 60% of FNS's investments in associates and other companies and we believe FNS exerts control over its operations; the two companies share a common CEO, FNS is MK's largest shareholder, with a 31.5% stake, and there is some financial integration via intercompany loans.

However, FNS has recalled most of the intercompany loans it lent to MK, with the balance falling to about THB117 million by end-September 2022, from around THB445 million as of end-June 2022, to support its own liquidity. While MK has high refinancing needs over the next 15 months, these are largely in place and are independent of FNS, given its accessibility to debt capital market. FNS is not legally obligated to support MK given the lack of debt guarantees and cross default clauses.

Weak, but Improving Interest Cover: We forecast EBITDA/interest paid to remain at around 0.1x in 2022, before improving to 1.5x in 2023 and 1.1x in 2024 on higher dividends from MK. FNS's EBITDA mainly comprises dividend income from investments, fees for services provided to affiliates and interest income on intercompany loans. MK did not pay a dividend in 2021-2022 due to its weak operations. We expect FNS's EBITDA, including dividends received from affiliates, to reach THB20 million-30 million in 2023-2024, primary from better cash flow at MK.

Weak Cash Flow from Investments: We do not think FNS's dividends from investments, other than from MK, is sustainable over the medium term. Excluding MK, FNS received dividends in 2021-2022 from its 12.8% stake in Neo Corporate Company Limited, a leading domestic manufacturer of household and personal care products, and its investment in 23% of Prospect Logistics and Industrial Leasehold Real Estate Investment Trust. FNS sees the two investments as non-core and may exit for capital gains or to boost liquidity.

Execution Risks on Divestment: FNS plans to sell its stake in Neo after Neo's IPO and listing on the Stock Exchange of Thailand, expected in 2H23. The IPO plan has, nonetheless, been delayed for the past few years due to market sentiment. We have not incorporated the IPO and FNS's exit plan or the potential liquidity boost it may provide in our forecasts as the transaction is subject to market uncertainty.

DERIVATION SUMMARY
FNS's closest rating peer is Raimon Land Public Company Limited (RML, CCC(tha)), a small homebuilder in Thailand focusing on the high-end market. FNS has better liquidity than RML, given its large cash balance, dividends from several investments and no significant capex commitments. Meanwhile, RML is exposed to higher liquidity and refinancing risks due to its commitment to fund project construction at its joint ventures. FNS is therefore rated multiple notches above RML.

FNS is significantly weaker than JWD InfoLogistics Public Company Limited (BB+(tha)/Stable), a major full-service inland logistics provider. JWD has a better competitive advantage than FNS's key affiliate, MK, given JWD's sole concession to provide warehousing and handling of dangerous goods at Thailand's Laem Chabang Port. JWD has stronger operating cash flow than FNS, with interest coverage of more than 5.0x. We expect JWD's leverage to stay high amid planned capex and investments, but it should remain comfortable and much lower than at FNS. Therefore, FNS is rated multiple notches below JWD.

The company has earmarked THB500 million of its THB628 million cash balance as of end-June 2022, boosted from the sale of its securities business in 2Q22 and the recovery of intercompany loans from MK, to cover debt due in 2022-2023. FNS also has an undrawn committed bank facility of THB100 million and is finalising new credit facilities with another bank with a total amount of THB250 million.

ISSUER PROFILE
FNS is a holding company with investments in several businesses. Its largest investment is its 31.5% stake in MK and its other investments involve household and personal care products, a bakery chain and small start-up businesses.

SUMMARY OF FINANCIAL ADJUSTMENTS
Revenue and the cost of the securities business, which was disposed of in 1H22, are net off and reclassified as net profit/loss from discontinued operations under other income in the profit and loss statement and are not included in cash flow from operation.

The outstanding balance of notes and debentures is adjusted to be the face value to be repaid upon maturity. 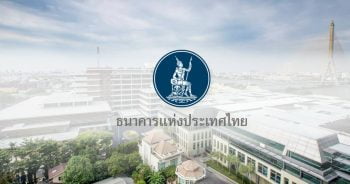