แท็ก pakistan   Bangkok   ADVANC   nation   Prince   ESSO
Bangkok--Jan 25--MFA
On 24 January 2007 Mr. Kitti Wasinondh, Director-General, Department of Information, in the capacity of Chairman of the Sub-committee on Public Relations, Prince Mahidol Award Foundation, and Clinical Prof. Dr. Supat Vanichakarn, Secretary-General, Prince Mahidol Award Foundation hold a press conference on the Prince Mahidol Award 2006 Ceremony. The main message is as follows:
On 1 November 2006, the Board of Trustees of the Prince Mahidol Award chaired by Her Royal Highness Princess Maha Chakri Sirindhorn considered the total of 59 candidates from 29 countries and decided to confer the Prince Mahidol Award 2006 to a group of medical professionals who, during the 1960s and the 1970s, had dedicated their lives to the discovery, the introduction, and the widespread use of “Oral Rehydration Solultion (ORS) or Oral Rehydration Therapy (ORT).” This simple, inexpensive, but effective treatment of severe diarrhea has saved more than 3 million lives each year.
Four of the most distinguished scholars and scientists are conferred the Prince Mahidol Awards for 2006:
In the Field of Medicine:
Professor Dr. Stanley G. Schultz is the former Dean and Professor in the Department of Integrative Biology and Pharmacology, University of Texas Medical School at Houston in Texas, U.SA. He is conferred the Prince Mahidol Award 2006 in the field of medicine for his contribution in demonstrating, in the 1960s, that glucose and sodium absorption in the small intestine were intimately coupled, and glucose could facilitate the absorption of sodium and water. This pioneering work provided the scientific foundation for the use of the Oral Rehydration Solution consisting of salt, sugar and water in the treatment of dehydration in diarrhea patients.
In the Field of Public Health: Three medical scientists are conferred the Prince Mahidol Award in this category.
1. Dr. David R. Nalin is the former Director of Vaccine Scientific Affairs, Merck Vaccine Division, Merck&Co. Inc., West Point, Pensylvania, U.S.A. He is conferred the Award for his role as a research associate at the US National Institutes of Health (NIH) who was assigned in the 1960s to the Pakistan-SEATO Cholera Research Laboratory (CRL) in Dhaka, East Pakistan (presently, the capital city of Bangladesh) Dr. Nalin, Dr. Cash, and their colleagues successfully tested the efficacy of an oral glucose-electrolyte solution, later known as Oral Rehydration Solution (ORS), to be used instead of intravenous fluid for the treatment of patients with severe cholera. Later as a WHO consultant, Dr Nalin has helped establish a number of highly successful national programs on the Oral Rehydration Therapy for diarrhea diseases in Costa Rica, Jamaica, Jordan, and Pakistan
2. Dr. Richard A. Cash is Senior Lecturer on International Health at the Department of Population and International Health, Harvard University School of Public Health, Boston, U.S.A. He is conferred the Award for his involvement in the first successful scientifically-proven clinical trial of testing the Oral Rehydration Therapy on severe diarrhea patients while working with Dr. Nalin and their colleagues at the Pakistan-SEATO Cholera Research Laboratory (CRL) in Dhaka in 1960s.
3. Dr. Dilip Mahalanabis is Director of Society for Applied Studies in Kolkata, India. He is conferred the Award for his application of the Oral Rehydration Solution in the refugee camps in West Bengal during the Liberation War of Bangladesh in 1971. This was the first large — scale use of Oral Rehydration Solution in a disaster situation, saving thousands of lives.
On this occasion, His Majesty the King has graciously consented to confer the Prince Mahidol Award 2006 upon the Awardees on Wednesday, 31 January 2007 at 17.30 hrs at the Chakri Throne Hall and designated Her Royal Highness Princess Maha Chakri Sirindhorn to host dinner in honour of the Awardees at Boromrajasathitmaholarn Hall on the same evening at 19.00 hrs.
Since 1992, the Prince Mahidol Award Foundation under the Royal Patronage annually confers the Prince Mahidol Awards upon individual(s) or institution(s), which have demonstrated outstanding and exemplary contributions to the advancement of medicine and public health for humanity throughout the world. Each award consists of a medal, a certificate, and a sum of US$ 50,000.
Prime Minister at the Ministry of Foreign Affairs
Press Division, Department of Information Tel.(02) 643-5170
Fax. (02) 643-5169 E-mail : div0704@mfa.go.th End.
-PM- 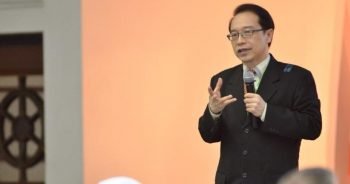