TRIS Rating affirms the company rating on Country Group Securities PLC (CGS) at ?BBB-? with a ?stable? rating outlook. The rating mainly reflects CGS?s status as a core subsidiary of Country Group Holdings PLC (CGH, rated ?BBB-? with a ?stable? rating outlook by TRIS Rating) as CGS is the only operating subsidiary wholly owned by CGH, representing the majority portions of CGH?s capital and revenue.

We view CGS as the core operating entity of CGH, as it is the sole operating subsidiary wholly owned by CGH. In addition, CGS?s capital constitutes a significant proportion of approximately 36% of CGH?s capital base, while CGS?s total revenue represents an average of 88% of CGH?s revenue over the past few years. CGS is also linked to CGH from a management perspective as its business directions and operations are influenced through the members of CGS?s board of directors who represent CGH. Moreover, CGH also manages the group funding and investment strategy.

The company?s market position in the securities and derivatives brokerage business has generally improved over the past few years, especially in the derivatives brokerage business. This is because the company has continuously encouraged its investment consultants to capture the behavioral changes towards the derivatives products of its main client base while also developing trading programs to facilitate trading activities. As a result, its revenue share of derivatives brokerage increased to 11.8% in the first half of 2020, ranking first among peers, from a share of 2.6% in 2018. As the company has ongoing marketing strategies to increase business volume, we expect this upward momentum to continue over the next few years. The company strengthened its market presence in other business lines, though this still remained modest. For the first six months of 2020, the company?s revenue share of securities brokerage stood at 2.1%, an increase from 1.0% in 2018. Its revenue share in investment banking also improved but remained modest, with a 2.6% share among brokerage peers on a 3-year average.

We assess the company?s capital and leverage as adequate as measured by a risk-adjusted capital ratio (RAC) of approximately 15% on a 4-year average (2019-2022). Although the company?s RAC ratio decreased to 13.7% at the end of June 2020 from 28.7% in 2018 due to a capital reduction of THB1 billion in late 2019 and expanded business size, we expect the company to maintain an adequate level of capital and leverage to cushion against unexpected losses over the next few years. The company also ended June 2020 with a net capital ratio (NCR) of 25.0%, well above the regulatory requirement of 7%.

The company?s adequate earning capabilities also supports its capital, leverage, and earnings assessment. As we anticipate growing brokerage fees to mainly drive revenue growth in the medium term, we estimate the company?s ratio of earnings before taxes to risk-weighted assets (EBT/RWAs) to be around 1% over the next few years despite losses from investment in fixed income during the first half of 2020. The company?s profitability for the first six months of 2020 was pressured by a loss from a debenture held in its investment portfolio. Nonetheless, we believe that such loss was a one-time event as the company has tightened its risk control policies to prevent future losses from its investment portfolios.

We also expect the company to maintain its ratio of operating expenses to net revenue at approximately 60% over the next few years. This is despite its need to recruit more marketing officers or tendency to incur marketing spending to boost business volumes. We believe that the expected revenue generation capacity should keep pace with additional operating costs over the medium term. For the first six months of 2020, the company?s ratio of operating expenses to net revenue was 66.0%, an improvement from 81.9% in 2018 and also in line with the industry average of 64.5%.

CGS follows relatively prudent credit risk control policies, e.g. it has strict margin call enforcement for both equity margin lending and derivatives trading. However, the company is still being impacted during highly volatile market conditions. For the first six months of 2020, the company?s annualized credit cost was 3.4%, higher than the industry average of 0.1% due to credit losses from block trading activities during an unexpected market downturn in March 2020.

The company?s funding profile is assessed as moderate with a gross stable funding ratio (GSFR) of around 73% on a 4-year average (2019-2022). At the end of June 2020, the company?s GSFR was 62.6%, a decrease from 148.3% in 2018 due to a capital reduction of approximately THB1 billion in late 2019 and the expanded size of the company?s investment holding. Nonetheless, the company was provided funding support from its parent company, CGH, in the form of subordinated debts totaling THB940 million at the end of June 2020.

? Market share by securities trading value to be around 2%.

? Ratio of operating expenses to net revenue to hover around 60%.

The ?stable? outlook reflects an expectation that CGS will maintain its status as the core subsidiary of CGH and continue to contribute a significant portion of its net profit and equity to the group.

The rating and/or outlook of CGS could be revised upward or downward should there be any changes in CGH?s group credit profile as CGS?s rating moves in tandem with CGH?s company rating or if there are any changes in CGS?s status to CGH.

CGS has been granted licenses to offer a full range of services in the securities industry. As of June 2014, CGS employed 780 staff, across 46 branches throughout the country. The company was originally registered under the name ?Adkinson Enterprise Co., Ltd.? in 1966. The company changed its name to ?Adkinson Securities Co., Ltd.? in 1979, was converted to a public company in 1994, and became ?Country Group Securities PLC? in 2009.

In 2014, Country Group Holdings PLC (CGH) was established as a holding company of CGS, and CGH made a tender offer for all shares of CGS effective on 8 January 2014.

In 2016, CGS sold some of its retail brokerage business to UOB Kay Hian Securities (Thailand) PLC. The company then received a permit from the Securities and Exchange Commission (SEC) to commence its private fund management business in June 2017.

TRIS Rating Co., Ltd./www.trisrating.com
Contact: santaya@trisrating.com, Tel: 0-2098-3000/Silom Complex Building, 24th Floor, 191 Silom Road, Bangkok 10500, Thailand
? Copyright 2020, TRIS Rating Co., Ltd. All rights reserved. Any unauthorized use, disclosure, copying, republication, further transmission, dissemination, redistribution, or storing for subsequent use for any purpose, in whole or in part, in any form or manner or by any means whatsoever, by any person, of the credit rating reports or information is prohibited, without the prior written permission of TRIS Rating Co., Ltd. The credit rating is not a statement of fact or a recommendation to buy, sell or hold any debt instruments. It is an expression of opinion regarding credit risks for that instrument or particular company. The opinion expressed in the credit rating does not represent investment or other advice and should therefore not be construed as such. Any rating and information contained in any report written or published by TRIS Rating has been prepared without taking into account any recipient?s particular financial needs, circumstances, knowledge and objectives. Therefore, a recipient should assess the appropriateness of such information before making an investment decision based on this information. Information used for the rating has been obtained by TRIS Rating from the company and other sources believed to be reliable. Therefore, TRIS Rating does not guarantee the accuracy, adequacy, or completeness of any such information and will accept no liability for any loss or damage arising from any inaccuracy, inadequacy or incompleteness. Also, TRIS Rating is not responsible for any errors or omissions, the result obtained from, or any actions taken in reliance upon such information. All methodologies used can be found at
http://www.trisrating.com/en/rating_information/rating_criteria.html. 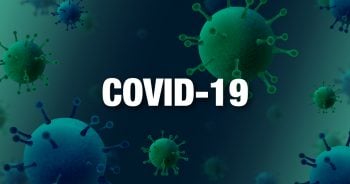