TRIS Rating affirms the company rating on Gulf Energy Development PLC (GULF) at ?A? and the issue ratings on GULF?s existing senior unsecured debentures at ?A-?. The rating outlook remains ?stable?. At the same time, TRIS Rating assigns a rating of ?A-? to GULF?s proposed issue of up to THB30 billion senior unsecured debentures. The assigned issue rating replaces the rating of the proposed issue of up to THB25 billion announced on 26 August 2021 as the company considered to increase the debenture issue size. The increase in the issue size has no effect on the ratings as the proceeds from the new debentures will be used for debt repayment and/or business expansion that have already been taken into the rating consideration.

The ratings reflect GULF?s position as one of the leading power producers in Thailand, its well-diversified portfolio, predictable cash flows from its long-term power purchase agreement (PPA) with the Electricity Generating Authority of Thailand (EGAT, rated ?AAA/Stable? by TRIS Rating), as well as proven record of developing and operating power plants. In contrast, the ratings are constrained by risks associated with the company?s overseas expansion and a rise in its debt load. The ratings also take into consideration the results of GULF?s tender offer for the entire ordinary shares of Intouch Holdings PLC (INTUCH) and Advanced Info Service PLC (ADVANC).

The issue ratings being one notch below the company rating reflects the structural subordination of the senior unsecured debentures to the debt obligations of GULF?s operating subsidiaries. As of June 2021, GULF?s total debt was THB162 billion, of which about THB120 billion was secured debt at the subsidiary level which we consider as priority debt. The ratio of priority debt to total debt was 74%, exceeding the 50% threshold, thus indicating that the unsecured creditors are significantly disadvantaged to the priority debt holders with respect to priority claim against the company?s assets, according to TRIS Rating?s ?Issue Rating Methodology?.

Post-INTUCH acquisition, we project GULF?s ratio of debt to earnings before interest, taxes, depreciation, and amortization (EBITDA) to rise, reaching about 10 times in 2021, from 8.4 times in the first half of 2021. The ratio should improve to 8-9 times in 2022-2023 once the performance of INTUCH is fully recognized. We also expect GULF to stay compliant with the financial covenant on its debentures.

The ?stable? outlook reflects our expectation that GULF?s operating power plants will run smoothly and generate cashflows as planned, while the plants under construction will commence operations as scheduled. The company?s financial profile after incorporation of INTUCH?s performance should not deviate significantly from our expectations.

A rating upgrade could happen if GULF?s debt to EBITDA ratio improves and is maintained below 8 times on a sustained basis. In contrast, a rating downside could occur if the projects under development are materially delayed from schedule, significantly affecting projected cash flow. Any large debt-funded investment, that materially deteriorates the company?s capital structure, could also put downward pressure on the ratings.

Up to THB30,000 million senior unsecured debentures due within 10 years A- 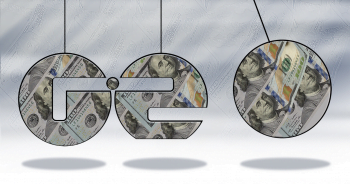 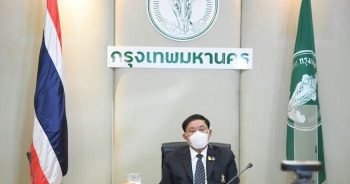