TRIS Rating affirms the company rating on TTCL PLC (TTCL) at ?BB+? with a ?stable? rating outlook. The rating reflects TTCL?s acceptable track record in engineering, procurement, and construction (EPC) for the industrial segment, and cash flow stream from the investment in power business. However, the rating is constrained by the intensifying competition, and potential delay in new investments by TTCL?s focused customers. In addition, TTCL?s revival efforts are likely to be held back by receivables allowances that will drag its operating results in the next year.

TTCL has extensive experience and expertise in engineering design, procurement of machinery and equipment, and construction of turn-key projects for industrial and process plants. The company has an acceptable track record in its focused markets, which are companies in petrochemical, petroleum-related, and power industries. TTCL has also moved to undertake larger projects and expand its footprint in several countries.

The company is among the top Stock Exchange of Thailand (SET)-listed contractors, in terms of revenue base and asset size. The company generated THB7-THB10 billion in revenue annually over the past five years. TTCL recently placed greater emphasis on providing feasibility study services, which render high gross margin as they primarily involve only designing parts. Added to that, the feasibility study services could eventually turn into EPC contracts.

Construction contractors suffered from a range of direct impacts from the Coronavirus Disease 2019 (COVID-19) pandemic, such as the mandatory closure of construction workers' camps during the height of outbreak, disrupted supply of goods and materials, and delay in work progress. More importantly, the outbreak has slowed constructions in the private sector, which is TTCL?s target market. Conversely, the government spending and state enterprise outlays on public infrastructure constructions will be the key for the post-pandemic market recovery. For the first nine months of 2021, domestic construction grew by 3.6% year-over-year (y-o-y). Public-sector construction staged a robust 6.3% growth while private-sector construction remained flat.

TTCL remains highly susceptible to the cyclicality of the EPC business, particularly in the area of its expertise and focused market segment. TTCL has been affected considerably by a slowdown in investment by private refining and petrochemical companies. Delays in new projects and more disciplined capital expenditures intensified competition among EPC contractors.

The fallout from COVID-19 is seen across economic sectors. Before the pandemic, the petrochemical industry was already facing pressure from global overcapacity, price competition, and trade uncertainty. The pandemic exacerbated the decline in demand and caused supply chain disruptions. The crisis drove petrochemical producers to cut production, shift focus to cash preservation and delay capacity expansion.

With respect to the power industry, the demand for electricity has grown modestly due to the pandemic-induced slowdown with the country currently being saddled with a high level of excess reserve capacity. It is highly probable that there will be no new developments of large power plants over the coming years.

TTCL?s backlog stood at THB7.9 billion at the end of September 2021, which is below our expectation. TTCL has to date secured about THB4.9 billion in new contracts for 2021. The total value of the projects in the backlog is estimated to secure future revenue for only a year.

TTCL?s performance recovery will largely depend on the recovery of a few key industries. Supported by higher oil prices and a rebound in demand, the petrochemical industry is expected to gradually resume expansion. The global recovery should lead to increase in industrial activity and revival of consumer demand. That said, TTCL?s business recovery could still face hurdles, such as further delays in new project biddings, as the pandemic is still a threat to global economy.

TTCL?s financial turnaround would be held back by the burdensome allowance of THB830 million spread over the period 2020-2022 due to substantial overdue receivables. We project earnings before interest, taxes, depreciation, and amortization (EBITDA) to stay in the range of THB300-THB550 million a year over the forecast period. EBITDA margin will hold at 5%-6%. Funds from operations (FFO) should be THB150-THB400 million per year.

TTCL has seen a potential upside with respect to the dispute on the Rock Salt Processing project in the Lao People?s Democratic Republic (Lao PDR), which caused TTCL to set aside total provisions of THB1.3 billion. TTCL has proceeded in its legal actions against the project owner with a total claim amounting to USD90 million. TTCL recently received advance payment as per the judgement of the Vietnamese court in the amount of THB539 million. TTCL expects that the proceedings of the arbitration process will be finalized by April 2022, which it hopes to collect overdue receivables and reverse parts of the provisions.

TTCL?s investment in the power generation business helps alleviate its susceptibility to the cyclical nature of construction business. Currently, TTCL still holds about 43% in the Ahlone project, a 120-megawatt (MW) gas-fired power plant in Myanmar. Our financial assessment includes the debts and cash flow of the project company, Toyo Thai Power Myanmar Co., Ltd. (TTPMC), in proportion to TTCL?s guarantee exposure to the project. Despite TTCL?s smaller stake, we expect the Ahlone project will bring in EBITDA of around THB300-THB350 million a year over the next three years.

TTCL has planned to invest in the expansion phase of the Ahlone project, which will increase production capacity by 388 MW. The project requires around THB20 billion for investment, which is beyond TTCL?s current financial capability. Although TTCL has obtained the power purchase agreement (PPA) in January 2021, we do not expect the expansion project to materialize in the near term, given the ongoing political unrest in Myanmar. Hence, we have not incorporated the project into our base-case forecast.

TTCL?s financial leverage has declined substantially, with a series of divestments in its power asset portfolio. We note that TTCL?s reported financial profile does not fully reflect the company?s debt exposure. Therefore, we incorporate the debt of the Ahlone project on a proportionate basis to reflect the company?s potential exposure. As of September 2021, adjusted net debt stood at THB2.8 billion. TTCL?s debt to capitalization ratio was 51.7%, down from 56.7% in 2020.

In our base-case forecast, we project TTCL?s debt to capitalization ratio to hover around 42%-49% over the next three years. The ratio of FFO to debt is forecast to stay at 8%-10%, while the EBITDA interest coverage ratio should be in the range of 2-4 times. Our projection does not incorporate the Ahlone expansion project or other new businesses.

TTCL?s debentures have a key financial covenant stipulating that the company must maintain its interest-bearing debt to equity ratio below 3 times. As of September 2021, the ratio was 1.22 times. We expect the company should be able to comply with this covenant in the next 12-18 months.

Liquidity tightening, but should be manageable

We assess TTCL?s liquidity will be tight over the next 12 months. Excluding of the Ahlone project, TTCL had THB0.8 billion in cash and short-term investments as of September 2021. TTCL had THB2.7 billion maturing debt coming due over the next 12 months, largely comprising THB1.5 billion short-term bank loans and THB1.1 billion debentures. Considering its sources of liquidity comprising annual cash inflow, cash on-hand, and undrawn facilities, we expect TTCL will need to rollover the short-term debts and refinance the maturing debentures to maintain its liquidity.

These are the key assumptions in TRIS Rating?s base-case forecast for 2021-2023:

? Capital expenditures are set at THB110-THB130 million per year.

? Ahlone expansion project is excluded from the forecast.

The ?stable? outlook reflects our expectation that TTCL will be able to secure sizable new contracts to replenish its backlog and improve its profitability. The EBITDA margin is expected to stay between 5%-6%, the debt to capitalization ratio below 50%, and the FFO to debt ratio to stay at 8%-10% over the next three years.

The rating is unlikely to be upgraded in the near term, but it could occur if TTCL strengthens its profitability and operating cash flow considerably while maintaining an acceptable financial leverage level on a sustained basis. Conversely, the rating and/or outlook could be revised downward if TTCL fails to secure enough contracts to maintain operating cash flow, or its performance deteriorates further. Downward pressure could also emerge if TTCL?s capital structure deteriorates materially, which could stem from additional receivables provisions and/or a surge in debt obligations.

TTCL is an EPC contractor based in Thailand. The company was established in 1985 as a joint venture between Italian-Thai Development PLC (ITD) and Toyo Engineering Corporation (TEC), a Japanese EPC firm. TTCL went public in 2008 and was listed on the SET a year later. TTCL is positioned as an integrated EPC contractor for industrial plants, including refineries and plants which produce petrochemicals, chemicals, fertilizer, oil and gas, and electrical power.

TEC gradually reduced its stake in TTCL from 22% to 10% during 2015-2017. In February 2018, TEC sold off its remaining shares in the company. As of July 2021, TTCL?s major shareholder was Mr. Sakchai Sakchaicharoenkul, an investor, holding 8.5% of the total shares outstanding.

TTCL has a strategy to expand into the power business, a move that has helped the company secure EPC contracts and earn steady revenue streams. TTCL?s investments in power projects enable it to generate steady sources of income from multi-year power purchase agreements. Since 2010, TTCL has invested in several power projects. TTCL has undertaken all the EPC work for its power project investments, which include natural gas-fired, biogas, and solar-powered plants. TTCL?s major power asset is the Ahlone project, a 120-MW gas-fired power plant in Myanmar.

TTCL has recorded substantial overdue payments and cost overruns in several projects. As a result, TTCL put aside hefty allowances for doubtful accounts in 2018 and 2019, which would have caused serious deterioration in its capital structure. To prevent any deterioration, TTCL decided to divest its power-generating assets, including a significant portion of the Ahlone project. The proceeds from the divestiture have been used to pay down debt and maintain liquidity. 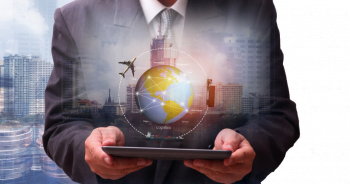