TRIS Rating Assigns “BBB+” Rating to Senior Unsecured Debt Worth Up to THB5.1 Billion of “SIRI”, with “Stable” Outlook

The ratings on SIRI and its debentures reflect the company?s diverse product portfolio, its strong competitive position in both landed property and condominium segments, and its relatively high financial leverage. The ratings also incorporate our concerns over the drawn-out Coronavirus Disease 2019 (COVID-19) pandemic, which is likely to continue to pressure the demand for residential properties and the profitability of developers for an extended period. However, SIRI?s well-diversified product portfolio and well-recognized brands should give the company the flexibility to adjust its portfolio to meet customer demand and retain its market position.

SIRI?s net presales in 2021 was THB26.1 billion, nearly the same amount as 2020. SIRI reported total operating revenue of THB22.1 billion, a 16% y-o-y drop, in the first nine months of 2021 as the company had toned down promotional campaigns following its aggressive promotions in 2020. We view SIRI?s operation and earnings during the remainder of 2021 through 2022 will to some extent continue to be affected by the prolonged pandemic. However, SIRI?s operating results should be in accordance with our expectation.

We foresee SIRI?s financial leverage to remain high over the forecast period as the company plans to launch more of its own condominium projects than JV projects and enlarge landed property portfolio. We also forecast the company to fund land and construction costs for its industrial estate for rent project under JV with 70% debt and 30% equity throughout the development period. SIRI may also have some additional co-investment with partner in financial service business. With the uncertainties in both domestic and global economy, we view that SIRI should be more cautious in business expansion in residential property development and other investments. We expect SIRI to keep its debt to capitalization ratio below 66% and the ratio of its funds from operations (FFO) to total debt in the 5%-10% range in order to maintain its ratings at the current levels.

We assess that SIRI will have relatively tight liquidity but should be manageable over the next 12 months. As of September 2021, SIRI?s maturing debts over the next 12 months amounted to THB27.9 billion, comprising THB13.9 billion debentures, THB5.9 billion long-term project loans, THB5.4 billion promissory notes (P/Ns), THB2.6 billion short-term bills of exchange (B/Es), and THB0.1 billion lease liability. Capital expenditures for other investments are set at around THB250 million in the next 12 months. Dividend payment is around 50% of net profit. At the end of September 2021, SIRI?s sources of funds consisted of THB2.8 billion cash and THB12.5 billion committed credit facilities from banks, around THB2.5 billion of which could be drawn unconditionally, and the remaining was available for construction. FFO over the next 12 months is forecast to be THB3.3 billion. SIRI usually refinances its matured debentures by new debenture issuance. Project loans are normally repaid with proceeds from the underlying projects? unit transfers. In addition, SIRI had unencumbered land banks at book value of THB13.4 billion and remaining finished units in its own debt-free projects with selling prices of THB4.2 billion, which can be pledged as collaterals for new loans (if needed).

As of September 2021, SIRI had total debt of THB67.4 billion (per priority debt consideration), including the priority debt of THB18.6 billion. SIRI?s priority debt included secured debt at the parent company and its subsidiaries. As the ratio of its priority debt to total debt was 28% below the threshold of 50% according to TRIS Rating?s ?Issue Rating Criteria?, we view that SIRI?s unsecured creditors are not significantly disadvantaged with respect to claims against the company?s assets.

The ?stable? outlook reflects our expectation that SIRI will be able to deliver its operating results and sustain its financial profile as targeted. We expect the company to keep its debt to capitalization ratio below 66% and its FFO to total debt ratio in the 5%-10% range over the forecast period. We also expect SIRI to retain its pretax return on permanent capital (ROPC) ratio above 5%.

SIRI?s ratings and/or outlook could be revised downward should the company?s operating performance and/or financial position significantly deteriorate from our expectation. On the contrary, a credit upward revision could occur if SIRI?s financial profile improves to the levels attained by its higher-rated peers, such that the debt to capitalization ratio stays below 55% and the FFO to total debt ratio increases to 10%-15% on a sustained basis. 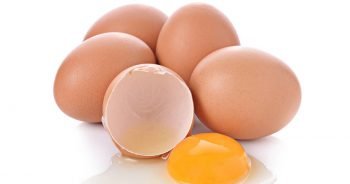 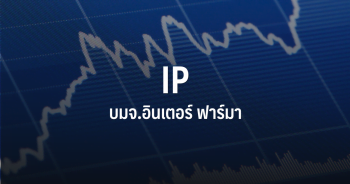