TRIS Rating Assigns “BBB-” Rating to Senior Unsecured Debt Worth Up to THB3.5 Billion of “ANAN”, with “Stable” Outlook

The ratings reflect ANAN?s acceptable market position in the condominium segment, the significant income contributions from its joint venture (JV) projects, and its high financial leverage. The ratings also incorporate our concerns over the relatively high household debt level and rising inflation which could impact the purchasing power of homebuyers in the short to medium term while pushing up development and financing costs for developers.

ANAN reported total operating revenue of THB1.6 billion in the first six months of 2022, achieving 38% of our latest base-case projection. Its earnings before interest, taxes, depreciation, and amortization (EBITDA) of THB0.3 billion was far below our full-year forecast of THB1 billion. ANAN?s operating performance during the second half of 2022 will hinge largely on its ability to transfer the backlog under its own and JV projects as well as its ability to generate sales from remaining units in several ready-to-move-in projects. ANAN?s backlog under its own and JV projects at the end of June 2022 was THB11.2 billion. Around THB6.1 billion of backlog will be transferred in the second half of 2022, THB3.7 billion in 2023, and THB1.4 billion in 2024.

We project ANAN?s total operating revenue to reach THB4.2 billion this year and revert to THB5.0-THB5.5 billion per annum during 2023-2024. ANAN?s EBITDA, including shared profit from its JVs, should range from THB1.5-THB2.0 billion annually with its bottom line to turn positive from 2023 onwards. With a large amount of unsold and backlog units under JVs, we estimate that ANAN will continue to earn a significant amount of income from project management services and commission fees from JVs. We project ANAN?s revenue from project management services and commission income to stand at THB0.8-THB1.1 billion annually, or around 20% of total operating revenue during 2022-2024.

We project the net profit margin of condominium projects under JVs to be around 10%-12%. Nevertheless, ANAN?s shared profit from investments in JVs is likely to be hurt by the losses carried from under-construction condominium projects and newly operated serviced apartments. We forecast the net shared profit from investments in all JVs will be THB250 million in 2022, recovering to THB600-THB700 million per annum during 2023-2024.

Our base-case scenario forecasts ANAN?s financial profile will be relatively weak throughout 2022 but should recover from 2023 onwards. We expect ANAN?s debt to capitalization ratio to improve slightly to around 60%-65% from 69% as of June 2022. Funds from operations (FFO) are expected to turn positive in 2023, causing its FFO to total debt ratio to improve to around 2%-5% from 2023 onwards. Its pretax return on permanent capital (ROPC) ratio should remain in the 2%-5% range over the forecast period.

We assess ANAN?s liquidity to remain relatively tight but manageable over the next 12 months. ANAN?s sources of funds as of June 2022 consisted of THB4.4 billion in cash plus undrawn committed short-term and project loan credit facilities from banks of THB1.3 billion. In addition, ANAN had unsold finished residential units in its own debt-free projects with a total selling price of THB0.7 billion, which can be pledged as collateral for new loans, if needed. Debts maturing over the next 12 months will amount to THB11.2 billion, comprising THB5.0 billion senior unsecured debentures, THB5.4 billion short-term promissory notes (P/Ns), and THB0.8 billion scheduled long-term loans. ANAN plans to refinance all maturing debentures and convert the short-term P/Ns for funding land purchase into long-term project loans.

The ?stable? outlook reflects our expectation that ANAN?s financial profile will not deviate significantly from our target. We expect ANAN?s operations to gradually recover while its debt level to gradually decline. Its FFO to total debt ratio should improve to around 2%-5% from 2023 onwards. ANAN?s debt to capitalization ratio should stay below 65% while its ROPC should sustain in the 2%-5% range over the forecast period.

The ratings and/or outlook could be revised downward should the unfavorable market environment and/or the adverse consequences of pending lawsuits related to the company?s property projects lead to a deeper-than-expected deterioration in its operating results and/or financial profile. On the contrary, an upward revision would materialize if the company is able to deliver significantly stronger operating performance than the target levels and improve its financial profile such that its FFO to total debt ratio stays above 5% while its debt to capitalization ratio drops below 60% on a sustained basis.

Up to THB3,500 million senior unsecured debentures due within 3 years BBB- 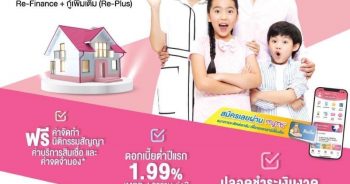 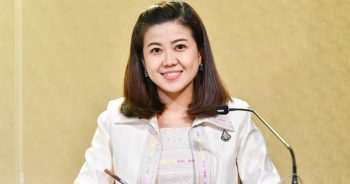