TRIS Rating affirms the company rating on Italian-Thai Development PLC (ITD) and the rating on its senior unsecured debentures at ?BBB-? with a ?stable? rating outlook. The ratings reflect ITD?s leading position in the domestic engineering and construction (E&C) industry and its large and diverse project backlogs.

However, these strengths are weighed down by its relatively weak operating performance and high financial leverage resulting from investments in several non-productive assets and high working capital funding needs. The ratings are also constrained by intense competition and increasing construction materials and labor costs which continue to pressure ITD?s profit margins in the short to medium term.

ITD is one of the leading contractors in Thailand. The company provides a complete countrywide range of construction and engineering services. By revenue, ITD is the largest E&C contractor listed on the Stock Exchange of Thailand (SET). Its annual revenues ranged from THB55 billion to THB63 billion over the past five years. In the first half of 2022, revenue was THB32.9 billion, increasing by 10% year-on-year (y-o-y).

ITD?s strong business profile is built on its extensive track record of undertaking projects for clients in both the public and private sectors. Given its wealth of experience and resources, ITD is among the country?s top-tier contractors capable of bidding and participating in almost every massive-scale public infrastructure project. Due to its wide-ranging product and service offering, the company has a diverse customer base.

ITD also has expanded its business overseas. The company has established a strong presence in India, represented by its listed subsidiary, ITD Cementation India Ltd. The company has also undertaken projects in neighboring countries and Bangladesh. In all, overseas operations make up about one-thirds of revenue.

As of June 2022, ITD?s construction backlog stood at THB151 billion. This excluded two projects. First, a total of THB113.5 billion for a railway and port concession in Mozambique, for which major construction work has been postponed several times. Second, THB37.6 billion for a toll road concession of the First Dhaka Elevated Expressway (FDEE) in Bangladesh, which will be operated under a joint control company (JC). Currently, ITD?s major projects include the Den Chai-Chiang Rai-Chiang Khong railway, Contract 1, worth THB21.4 billion, and the Mae Moh Mining, Phase 9, worth THB19.8 billion.

We forecast ITD to generate revenue of THB64 billion in 2022, and THB68-THB70 billion annually during 2023-2024. ITD?s robust backlog will secure about 65%-75% of the base-case revenue forecast during 2022-2024. The earnings before interest, taxes, depreciation, and amortization (EBITDA) margins are forecast to stay around 9%-11% over the next three years, resulting in EBITDA of THB5.7-THB7.2 billion per year.

Like most other contractors, ITD was materially affected by the Coronavirus Disease 2019 (COVID-19) pandemic. The temporary closure of construction workers' camps and the supply disruption caused delays in work progress and rising raw material costs. In addition, rising inflation rates amid the Russia-Ukraine war and the Federal Reserve System (FED) interest rate hikes are expected to pressure ITD?s profit margins in the short to medium term. ITD?s gross profit margins during 2020 through the first half of 2022 declined steadily. In the first half of 2022, the company incurred significant losses from the construction work of the mass transit project in Bangladesh and Mae Moh Mining Phase 9, causing its gross margin in the first half of 2022 to drop sharply to 6.3% from around 9%-9.5% during 2020-2021 and 10%-12% during 2016-2019. The company reported a share of loss of THB413 million from its JC in Bangladesh. The loss was mainly due to the unrealized foreign exchange loss from the JC?s US dollar loans. All these led to a significant net loss of THB1.6 billion in the first half of 2022.

Looking forward, ITD?s gross margins will likely remain under pressure amid concerns over the high inflation rate which will push up construction materials and labor costs in the short to medium term. However, we expect the company to be able to raise prices for its new bidding projects. Also, the company should be able to pass-through some of the rising raw material costs to project owners since more than 70% of its backlog comprised public construction projects and involved contract price escalation factors (K-factors). Thus, we project ITD?s gross margins to gradually recover to 7.1% in 2022, 8.8% in 2023, and 9.6% in 2024.

The ratings on ITD are held back by its non-productive investments which create significant debt and annual interest expenses. ITD has made significant and costly investments in acquiring several large concession projects, including a potash mine in Thailand, the Dawei Special Economic Zone project (the DSEZ project) in Myanmar, a bauxite mine in the Lao People's Democratic Republic (Lao PDR), and a railway and port concession in Mozambique. These projects to date have cost ITD about THB14.8 billion and are not progressing as originally planned.

The company expects that the sharp price rise of potash, a key component in fertilizer production, should help speed up the granting of the potash mining license. However, even if a license is obtained, significant investment and time are still needed to complete the project. Given the slim chances these investments come to fruition in the near term, they will likely continue to saddle ITD with a heavy debt load. Moreover, in our view, the associated project risks including country risks and regulatory risks, raise serious questions regarding the costs and benefits of the projects. The hefty interest cost on the debts incurred to support these non-productive projects has been a key factor eroding ITD?s bottom line every year.

ITD?s debt-heavy capital structure remains a key constraint to the ratings, despite its competitive strengths in the business. In addition to the debt used to finance its non-performing investments, the huge working capital needs of its active projects caused its leverage to rise further. The company has carried sizable overdue receivables related to several state enterprise projects. As of June 2022, the debt to capitalization ratio was 75%, up from 73.7% in 2021. ITD?s interest burden is piling up to over THB2.5 billion a year, draining its free cash flow. The EBITDA interest coverage ratio stood at 2.2 times in the first half of 2022. Funds from operations (FFO) to debt ratio remained weak at about 7%.

In our base-case forecast, we expect the interest servicing burden to continue weighing on ITD?s cash flow and debt servicing ability. We project ITD to generate FFO at THB3.1 billion in 2022 and around THB4.3-THB4.6 billion per annum during 2023-2024. The FFO to debt ratio should improve from 7.2% in 2022 to about 10% in 2023-2024, while the EBITDA interest coverage ratio to stay above 2.5 times. The debt to capitalization ratio will likely remain elevated at 73%-75% over the next three years.

ITD is obliged to keep its net interest-bearing debt to equity ratio below 3 times, under the key financial covenants on its outstanding bonds. The ratio at the end of June 2022 was 2.45 times. We believe the company will be able to comply with the covenants during the forecast period. Its priority debt to total debt ratio at the end of June 2022 was 50%, a further rise in secured debt or debt at subsidiary level may trigger a one-notch downgrade on its senior unsecured debt obligations.

Liquidity tightening, but should be manageable

We assess ITD to have tight liquidity. As of June 2022, the company had a total of THB29.2 billion debts coming due over the next 12 months. After assessing its sources of liquidity comprising its annual cash inflow, cash on-hand, and undrawn facilities, we expect ITD will need to refinance most of its maturing debts to maintain adequate liquidity and to fund projects in the pipeline.

ITD should be able to manage the refinancing of maturing debts, much of which are secured by assignments of payments from construction contracts. The refinancing risk is largely mitigated by ITD?s strong capability of completing construction projects and the acceptable payment risks of project sponsors.

? Capital expenditures for the construction segment are set at THB2.5-THB3.0 billion per year.

The ?stable? outlook reflects our expectation that ITD will maintain its solid market position and construction business strength, enabling the company to secure sizable projects. Its profitability and liquidity should gradually improve with an EBITDA margin of around 10%. We also expect the company?s financial leverage to be in the range of our forecast levels. As such, we expect ITD should gradually increase the amount of cash available for debt service.

Given ITD?s relatively weak financial profile, a rating upgrade is unlikely over the next 12-18 months. The ratings could be upgraded if the company significantly reduces its debt load. On the other hand, the ratings could be revised downwards if profitability weakens materially. This could occur as a result of aggressive biddings, delays in construction, or cost overruns. A downgrade scenario could also be triggered by a decline in EBITDA margin to 7% or the FFO to debt ratio falls below 5% for a sustained period.

ITD was established in 1958 by Dr. Chaijudh Karnasuta and Mr. Giorgio Berlingieri, an Italian naval architect. The company was listed on the SET in 1994. ITD?s business is divided into three segments: domestic construction, overseas construction, and long-term investments. ITD faced difficulties during the 1997 financial crisis. Subsequent restructuring completed in 2002 diluted the ownership stake of the Karnasuta family from 64% to 48%. The family owned 24% as of March 2022.

The company is engaged in a broad range of civil construction work, ranging from constructing buildings, industrial plants, pipelines, railways, expressways, airports, seaports, power plants, hydro-electric dams, and mines. In all, domestic projects comprise 60%-70% of total revenue annually while overseas projects make up the rest. E&C projects undertaken by its India-based subsidiary, ITD Cementation India Limited, make up most of the revenue from overseas projects. 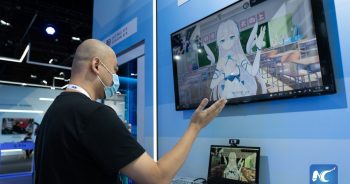