TRIS Rating Affirms Company Rating on “ETP” at “BBB-”, and Revises Outlook to “Negative” from “Stable”

TRIS Rating affirms the company rating on Eternity Power PLC (ETP) at ?BBB-?. However, TRIS Rating revises the company?s rating outlook to ?negative? from ?stable?, to reflect the persistent uncertainties related to ETP?s wind power projects in Vietnam, particularly the further delay of the project commencement date and unsettled tariff.

The rating reflects our expectation of ETP?s heightened cash flow generation from the operations of the wind power projects, and that its financial profile will strengthen. On the contrary, the rating is weighed down by the execution risks of the wind power projects, the company?s significant exposure in Vietnam, and the increasingly challenging renewable power industry.

A core subsidiary of EP

We consider ETP to be a core subsidiary of its parent company, Eastern Power Group PLC (EP, rated ?BBB-/Negative?), based on its important role and substantial earnings contribution. ETP is a power business arm of the group, supporting the group?s strategies to expand in the power business. In our forecast, ETP will contribute around 90%-95% of the group?s earnings before interest, taxes, depreciation, and amortization (EBITDA).

ETP?s cash flow has been weakened by prolonged delays in the commencement of operation of its much-anticipated wind power projects in Vietnam. ETP has four wind farms in Vietnam yet to commence operations. The total capacity is 166.2 megawatts (MW). We previously expected all of these projects to start commercial run by the first half of 2022. As a result, ETP?s earnings fell far short of our forecast. For the first nine months of 2022, ETP?s revenue came in at THB100 million, significantly below our full-year forecast of THB900 million.

Like those of many developers, ETP?s wind power projects were severely affected by the Coronavirus Disease 2019 (COVID-19) pandemic. The projects encountered supply-chain bottlenecks for major components, labor mobility difficulties, and other issues at the height of the pandemic, causing them to fail to complete construction ahead of the expiry of the feed-in tariff (FiT) in November 2021.

Commercial operations of the pandemic-hit projects have been pending on a new FiT. The Vietnamese government is currently resolving the FiT issues. The Ministry of Industry and Trade (MOIT) of Vietnam recently issued a circular, which sets out formulae for Vietnam Electricity (EVN) to calculate the FiT for the pending projects. EVN is responsible for collecting feasibility studies submitted by the project developers. EVN will then come up with a proposed tariff range, which will ultimately be approved by the MOIT.

We view this as a positive sign for ETP?s wind power projects. However, uncertainties remain as to when the projects will eventually start commercial run and at what tariff the electricity will be sold to EVN. In our base case, we assume the new FiT will be finalized in March 2023 while ETP?s projects will commence operation in the second quarter of 2023, with a lower FiT. In our view, ETP?s financial risk will be further heightened if the Vietnamese government?s final decision on FiT is delayed.

Over the past few years, ETP has been undertaking a major power portfolio shake-up, in an attempt to strengthen its cash generation and capital structure. ETP sold off its solar power projects during 2019-2020. These included solar power projects in Vietnam, Japan, and Thailand. The company also divested its interests in two cogeneration power plants in 2021. The proceeds from the divestiture mainly went into the wind power projects.

Given the prolonged delay of the wind power projects, ETP?s revenue is currently derived from a small cluster of solar rooftop projects and solar rooftop construction works. The solar rooftop projects have secured long-term power purchase agreements (PPAs) with the Metropolitan Electricity Authority (MEA) and private power buyers. All PPAs are on a non-firm basis. In all, ETP recognizes revenues of about THB80-THB100 million per year. ETP?s future earnings largely hinge on the success of the wind power projects.

We expect the long-awaited wind farms will restore the company?s cash flow once they are in operation. In our base case, we expect all projects to commence operation in the second quarter of 2023. We assume a tariff of US$7.38 cents per kilowatts-hour (kWh), as opposed to the original level of US$8.5 cents per kWh. We assume the power output will reach P90 level (the 90% probability of energy production). With these assumptions, we forecast ETP?s revenue to rebound to THB800 million in 2023. Revenue is projected to grow to THB1.2 billion a year in 2024-2025 when all the wind projects have achieved full-year operations. We project EBITDA to rise to THB700 million in 2023 and THB1 billion per year in 2024-2025.

Uncertainties related to the projects remain

We place a ?negative? outlook on the company rating to reflect the persistent uncertainties of the forecast earnings from the wind farms projects. Despite the Vietnamese government?s current efforts to resolve the FiT issues, further delay of the resolution or the commencement of operations would pose a serious threat to ETP?s earnings recovery. Moreover, cash flows from the projects could be reduced if the actual tariff is significantly lower than expected. In addition, wind power generation generally entails higher operational risks, such as mechanical and electrical breakdowns. The success of a wind power project largely hinges on the availability and speed of wind. The performances of ETP?s wind farms will need to be proven.

We see growth opportunities for renewable power in Thailand, with the anticipated opening of a new quota for purchases of electricity from renewable energy sources. However, competition in the domestic power market has intensified in recent years. Private companies, ranging from very small entrepreneurs to large conglomerates, have branched into the power market. Thai power companies are leaning towards expanding investments outside Thailand. Despite more growth opportunities, some overseas expansions entail higher risks, such as transparency and consistency of regulations, the credit profiles of off-takers, and environmental challenges. We also see increasing competition with a tendency towards lower tariffs in countries that have attracted large inflows of foreign investment in power generation.

Currently, power projects in Vietnam make up about 95% of the company?s total capacity. Vietnam has offered huge opportunities for investment in renewable energy over the past years. The country is rich in natural resources to support the ongoing growth of renewable energy, aided by its long coastline, strong wind speeds, and long sunshine hours. With vigorous demand for electricity, we expect ETP will further expand in Vietnam, or invest in power projects in the neighboring countries and sell the electricity to EVN.

On the other hand, investments in power projects in Vietnam currently face uncertainties, resulting from pending clarity of the country?s National Power Development Plan and policies with respect to the new pricing framework for renewable energy. We also view the credit profile of the state-run EVN to be weaker than the Thai state-owned power buyers. Besides, power output from plants in Vietnam is at risk of being curtailed due to insufficient grid capacity. That said, we believe the curtailment risk will subside as the Vietnamese government improves the country?s infrastructure in support of growing electricity demand.

As of September 2022, ETP had cash and cash equivalent of merely THB17 million. We forecast FFO of about THB500 million in 2023. Meanwhile, the company had short-term and long-term debts coming due in the next 12 months, totaling THB2.7 billion. About THB2.4 billion of the debts were loans from EP. Given the ongoing development of the wind power projects, we expect ETP to prudently manage its liquidity risk.

At the end of September 2022, ETP had consolidated debt of THB2.7 billion. THB2.4 billion of the debt was made up of loans from EP. The ratio of priority debt to total debt was about 11%. However, the ratio may increase to over 50% once the wind farms obtain project loans.

? Solar rooftop projects to produce power yield with a capacity factor of about 10%-11%.

? ETP to obtain project finance loan of THB3.4 billion in 2023 for all its wind power projects in Vietnam.

We could consider revising the outlook to ?stable? if ETP?s wind power projects start operations, with performances in line with our expectations. Given the ?negative? outlook, an upward rating revision is unlikely in the near term.

A rating downgrade could occur as a result of continued weak cash flows. This could occur if ETP?s wind power projects continue to encounter serious delays in commencement of operations, or if they deliver weaker-than-expected cash flow due to significant tariff cut or underperformance. A downgrade of the rating could also develop from new investments, which heighten the company?s liquidity or financial risk.

In April 2020, it was renamed ?Eternity Power PLC? (ETP). At the same time, EPCO was renamed ?Eastern Power Group PLC?, the former name of ETP.

Currently, EP is the major shareholder of ETP with an 81.4% ownership. Based upon its sizable contributions to EP and the promising prospects for renewable power, ETP is considered a core subsidiary of EP.

ETP launched its two pilot solar farms, with a total capacity of 11 MW in 2012. The company later expanded with solar power projects in Thailand, Japan, and Vietnam. The company also invested in two cogeneration power companies, generating and selling electricity under the small power producer (SPP) scheme, through 25-year PPAs with the Electricity Generating Authority of Thailand (EGAT) and long-term contracts with industrial users.

In 2021, ETP sold its investments in three cogeneration power plants and small solar farms in Japan. Currently, ETP?s power portfolio has a total capacity of 168.7 MW. 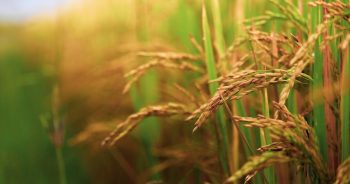