CGTN: An open China is a boon to global economy 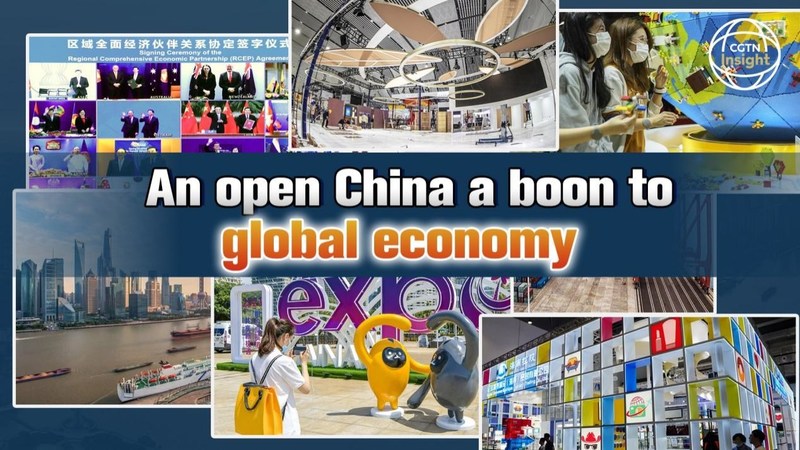 Over 1,000 global brands including Swatch of Switzerland, Swarovski of Austria, Shiseido of Japan and America's Tesla gathered at the first China International Consumer Products Expo in Haikou, capital of south China's Hainan Province in May.

With a large host of business, trade, invention and innovation expos and fairs, access to foreign products is now easy and convenient in China. But decades ago, it was a completely different story.

Before the 1970s, many people were struggling to fill their bellies, let alone pampering themselves with a shopping spree.

Since the initiation of this policy, the country has gone through three major waves of opening-up.

The first began in 1978 and continued through the 1980s and 1990s. It saw an influx of foreign direct investment for infrastructure building and industrial projects across the country.

The second wave began in 2001 with China's accession to the WTO, which spurred another burst of foreign investment and greater integration with the global economy.

Now, as China embarks on a fresh chapter of development under its 14th Five-Year Plan, the nation is on the cusp of a new wave marked by proactive initiatives to deepen integration even further.

The vehicles include the development of new free trade zones (FTZ) and the Hainan free trade port, the integration of the Guangdong-Hong Kong-Macao Greater Bay Area, and new international trade and investment agreements such as the Regional Comprehensive Economic Agreement (RCEP).

This policy approach has driven reforms and expanded the market, enabling a more specialized division of labor. In addition, intense competition stimulated by trade liberalization and import tariff cuts forced domestic businesses to be more efficient. It has also led to the optimization of the allocation of resources and industrial upgrading.

More than 40 years of reform and opening-up have seen China's total imports and exports soar from $20.6 billion to more than $4.5 trillion, making the country the world's top trading nation.

Having moved the nation from times of scarcity to today's shopping spree experience, reform and opening-up is not only a recipe for China's success, but has arguably become an indispensable driving force towards a more prosperous world.

Photo: https://mma.prnewswire.com/media/1530821/image.jpg
Caption: An open China is a boon to global economy