Country Garden founder and chairman Yang Guoqiang and his family were China's fourth most generous providers of charitable cash donations in 2021 according to the 2021 China Philanthropy List released by Forbes China on July 20, with the founder and family having donated 2.38 billion yuan (approx. US$357 million). This is the 13th time that the Yang family has been included in the list, reflecting his continuous contributions to worthwhile causes.

Over the past 20+ years, the Yang Guoqiang family, Country Garden Group and Guangdong Guoqiang Public Welfare Foundation have donated in the aggregate of over 9 billion yuan (approx. US$1.3 billion) for poverty alleviation, vocational education, teaching and scientific research, helping lift more than 490,000 underprivileged people out of poverty.

Based on the notion that knowledge can change our fate, the three entities have been involved in poverty alleviation through their support of educational programs over the past 24 years.

In 1997, Mr. Yang donated 1 million yuan (approx. US$150,000), half of his total wealth at the time, to set up the Zhongming Grant Program, an effort designed to fund economically disadvantaged yet outstanding university students. In 2002, he once again gave half of his net worth (260 million yuan (approx. US$39 million)) to establish Guohua Memorial Middle School, the only private high school in China that provides free education and accommodations to needy students who came from all over the country to join the curriculum.

Notably, with the launch of the grant program, the charity schools and the events in support of education, he has helped change the fate of over 100,000 underprivileged students through education. In addition, the Yang Guoqiang family has invested more than 1.1 billion yuan (approx. US$165 million) to establish Guangdong Country Garden Polytechnic and Gansu Linxia Guoqiang Vocational Technical School, both of which provide skills training to students of limited means, in an effort to not only facilitate the expansion of vocational education facilities but also deepen the involvement of companies and organizations across a wide swath of industries into the educational process.

"I used to be a poor student. I couldn't have finished high school without grants from the government," said Mr. Yang. "The government's reform and opening-up policies have given me an opportunity to give back to society, and I have taken this mission on as a personal responsibility."

As the Yang family's fortunes have continued to grow, the family, Country Garden Group and Guangdong Guoqiang Public Welfare Foundation have deepened their efforts in doing away with poverty with the launch of projects to help those less fortunate in 57 counties across 16 provinces. In addition, they are exploring a replicable, effective and sustainable model for reducing poverty by providing targeted assistance in matters of education and employment, as well as facilitating the engagement of the corporate world in these efforts and working in concert with the Party to do so. Building on its success in poverty alleviation, Country Garden Group has shifted its focus to rural revitalization, with the aim of creating an effective model that involves businesses as well as organizations and that promotes the cultivation of talented individuals. The model also facilitates a better understanding of the importance of culture and ecology while opening up a path by which private enterprises can do its bit to help revitalize rural areas. 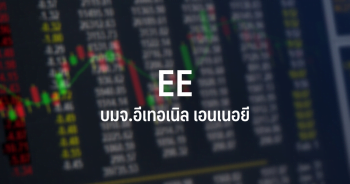 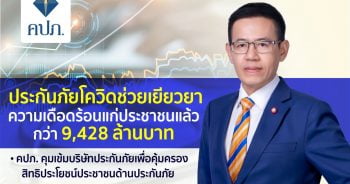