Join the whitelist to reserve your golden ticket to the limited-seating reveal of Andiami, a project designed to power a user-controlled internet.

Andiami: The Quest for Liberty will be unveiled on the evening of November 7, 2022, at the Metro Toronto Convention Centre, Ethereum, Decentral, & Jaxx Founder Anthony Di Iorio announced today. Andiami is an upcoming global tech project designed to power a user-controlled internet while complementing & assisting leading decentralized technologies such as Bitcoin, Ethereum, and others.

Golden Ticket holders will be among the first to learn about the project's custom hardware and products, scalable & robust infrastructure, new protocols, and unique model for incentivizing ecosystem contributors. The special Golden Tickets will also include attendees in a series of giveaways & prizes at the event.

"The decentralized movement is at a pivotal point it its evolution. Challenges like the ongoing centralization of decentralized infrastructure and the persistence of Web2 business models are hindering the realization of a user-controlled internet, which some call Web3," says Anthony Di Iorio. "For ten years, me and my team have been building the infrastructure, tools, and frameworks to support individual empowerment while strengthening the resiliency of decentralized networks. Andiami is the result, and we're excited to announce it to the world on November 7."

In keeping with Di Iorio's commitment to inclusion and accessibility for blockchain events, Golden Tickets for the limited-seating unveiling are free. In order to reserve your ticket while they last, join the no-obligation project whitelist at andiami.org.

Originally planned for November 3, the Andiami's November 7 unveiling event is now the centerpiece of a week-long series of blockchain and Web3 events taking place in Toronto from November 3 - 10. This special week celebrates a decade of crypto in Canada and is hosted in conjunction with Web3 & Blockchain World (W3B), a two-day global conference spearheaded by Don & Alex Tapscott, and BlockHack Global, a free three-day hackathon, among others. Blockhack Global is organized by Bitcoin Bay, one of the oldest blockchain community organizations in Toronto.

For more details about the Andiami project unveiling and other events that week, visit andiami.org/events.

In late 2013, Anthony Di Iorio funded & co-founded Ethereum, the decentralized smart contract platform that hit $500 billion in market cap at its peak. Currently, he is the founder and CEO of Decentral Inc., a Toronto-based innovation hub & software development company focused on decentralized technologies.

Decentral Inc . builds tools at the core of the next internet. This includes Jaxx Liberty, a free non-custodial cryptocurrency wallet that has empowered millions of people globally with the tools they need to control their digital lives. Decentral recently announced Andiami: The Quest for Liberty, an upcoming global tech project. 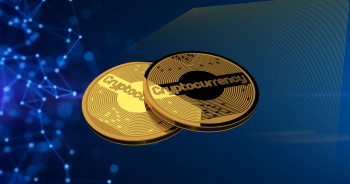