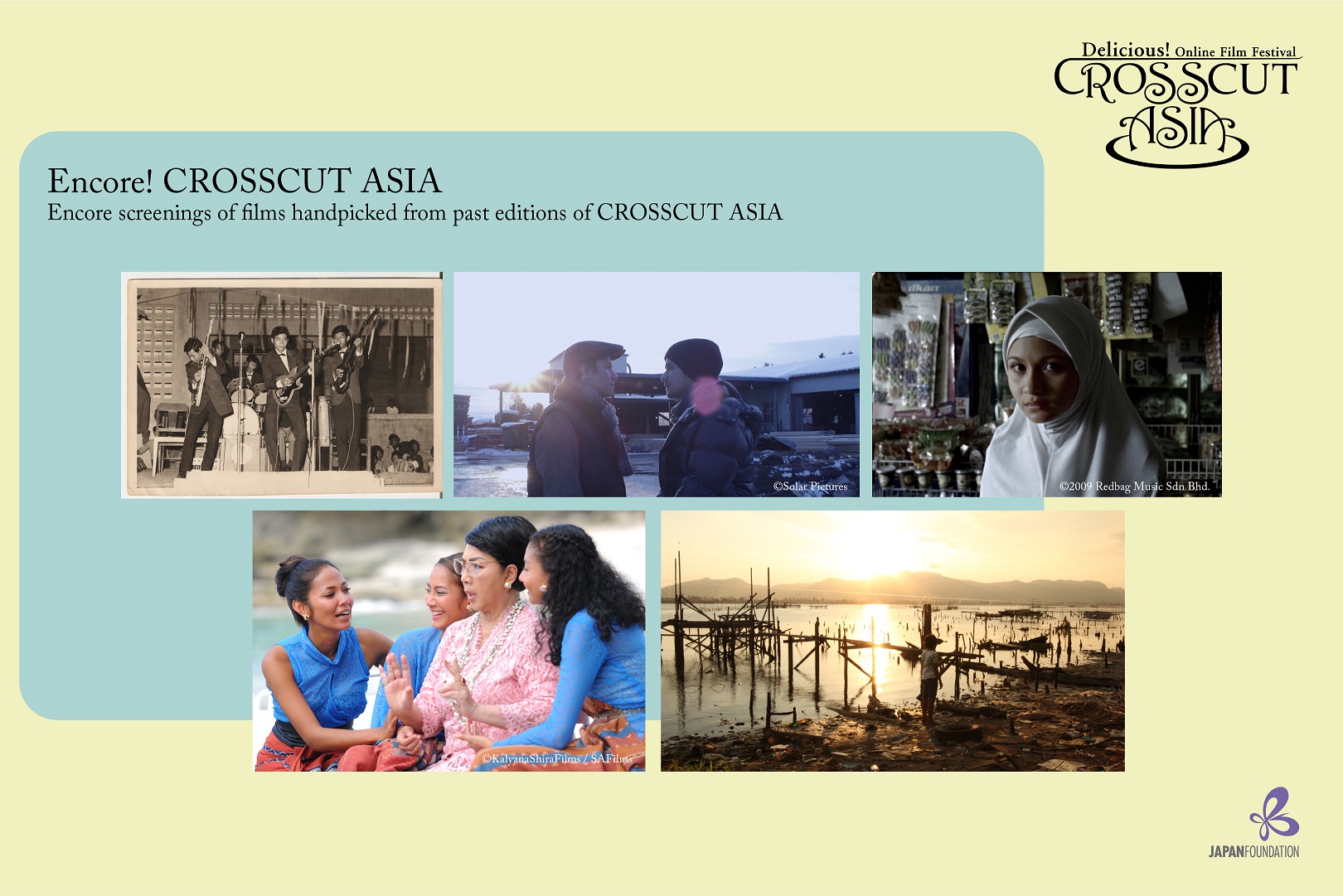 We are pleased to announce the full lineup and program details available in Thailand.

The CROSSCUT ASIA special edition is all about food, featuring seven "delicious" Asian films, including Wanton Mee, made by the leading Singaporean director Eric Khoo, whose films are screened regularly at international film festivals; Jay Abello's romantic comedy Namets! (Yummy!), which showcases the visually delightful cuisine of the Philippine island of Negros; and Aruna & Her Palate, an Indonesian food-themed road movie by Edwin, the acclaimed director who won the Golden Leopard at the 2021 Locarno International Film Festival.

Encore! CROSSCUT ASIA brings together a selection of carefully chosen films that attracted great acclaim when previously screened at the CROSSCUT ASIA section at TIFF. Fresh from her success with Netflix's A World Without, director Nia Dinata's Indonesian musical Three Sassy Sisters and Pete Teo Special, a series of pieces including music videos and an omnibus of short films by 15 Malaysian directors, are just two of the works screening in this richly varied program.

The festival's lineup of related content includes talks with film directors and interviews about food. The musician, actor, producer, director, and talented multi-hyphenate Pete Teo, whose Pete Teo Special is showing in the Encore! CROSSCUT ASIA section, will also make a special video especially for the festival. Other content will include various videos and articles. Further details will be available on the festival website.

Aruna is sent on a research trip to investigate an outbreak of avian flu. Joined by her friends, her trip becomes a culinary journey of famous regional dishes across Indonesia. The four friends taste black soup in Java and crab noodles in Kalimantan. The road trip movie is directed by Edwin, whose latest film Vengeance is Mine, All Others Pay Cash, won the Golden Leopard at Locarno Film Festival in 2021.

A son inherits a large duck farm from his late father. Having left home for life in the city to pursue a career as a musician, he returns to his hometown intending to sell the property, but the grand landscape begins to change his heart. Balut, a Filipino soul food, is a fertilized duck egg boiled after the embryo develops. The film was screened in CROSSCUT ASIA 2015.

The world of Japanese sake brewing has long been off-limits to women. In this uplifting and touching documentary, a new generation of women shine in the traditional and esoteric business, inspiring the viewer with the strength to face today's challenges. The film is a sequel to Kampai! for the Love of Sake, which toured the world after its premiere at the San Sebastian International Film Festival.

Minnie finds a job in a fancy restaurant despite her lack of cooking skills. After making a major blunder that jeopardizes the restaurant's reputation, she tries to restore it by finding the secret soup recipe of her great-grandfather, who was a royal chef. This heartwarming comedy entertains viewers with culinary images from Thailand's deep south, with its large Muslim population, as well as behind-the-scenes footage in a restaurant kitchen.

In Bacolod City on the island of Negros, the Philippines, an Italian restaurant is lost through debt and transformed into a restaurant featuring traditional local cuisine. This romantic comedy is a treat for the eyes, with splendid presentations of Negrense dishes that will delight epicureans. The film participated in the Cinemalaya Philippine Independent Film Festival, the gateway to success in thriving Filipino independent film circles.

A documentary portraying the lives of three young Cambodians, this film captures daily images of people eating, working, and making a living, while revealing the social problems of overfishing, deforestation, poverty, and debt. It won the World Cinema Grand Jury Prize for documentaries at the 2013 Sundance Film Festival.

A middle-aged food critic captures Singapore's traditions and development, while rediscovering his career and life through interviews with street-food hawkers. Directed by acclaimed filmmaker Eric Khoo, this ambitious docufiction features a rich variety of street foods, from diverse noodle dishes such as wanton mee and laksa, to foods that reflect the country's multiethnic diversity, such as fish head curry and nasi lemak.

Through the eyes, words, and songs of its popular music stars of the 50s, 60s, and 70s, Don't Think I've Forgotten: Cambodia's Lost Rock & Roll examines and unravels Cambodia's recent tragic past.

Invisible tells the story of four Filipino migrant workers in Japan, a crucial encounter that mirrors the difficult challenges that confront the "Pinoy" diaspora.

The Pete Teo Special presents a number of shorts (Vote!, Malaysia Day: Slipstream, Here in My Home, and I Go) in which musician, actor, producer, and director Pete Teo was involved, as well as 15Malaysia, which consists of 15 short films made by Malaysian filmmakers. Produced and released by Pete Teo in 2009, these 15 films revolutionized the media and political cultures in Malaysia.

Usmar Ismail's Three Sisters (Tiga Dara) was first released in 1956. Nia Dinata, who grew up watching the film in reruns on Indonesian TV and was very inspired by it, has created an homage to her favorite director.

In the horrendous aftermath of Super Typhoon Haiyan, survivors are left to search for the dead while keeping their sanity intact, and protecting what little faith there may be left.

Balut Country from the CROSSCUT ASIA special edition featuring "delicious" films from Asia is also available to watch as part of the Encore! CROSSCUT ASIA program.

Special Content (Related Content Program)
The festival also features a packed program of special "side dishes" and "main courses," including talks with directors and interviews about food. Find out what gets served up at embassies and ambassadors' residences in Tokyo as well as lunches in Southeast Asia and enjoy local footage and articles. Further information will be announced on the festival website.

About the Tokyo International Film Festival CROSSCUT ASIA section
CROSSCUT ASIA was an official section of TIFF between 2014 and 2019. Over six years, it showcased Asian films focusing on specific Asian countries/regions, directors or themes. The first three editions featured films from Thailand, the Philippines, and Indonesia. The fourth, fifth, and sixth editions were theme-based, highlighting works from young filmmakers recommended by maestros, films featuring Southeast Asian music, and films depicting supernatural powers in Southeast Asia from various perspectives. Last year, a booklet titled "CROSSCUT ASIA SPECIAL: All About Asian Cinema 2020" was published, introducing the Asian films screened at the 33rd TIFF and looking back at each edition of the CROSSCUT ASIA section co-presented by TIFF and the Japan Foundation Asia Center.

With the objective of deepening mutual understanding between the people of Japan and other countries/regions, our various activities and information services create opportunities for people-to-people interactions. The Japan Foundation, Bangkok was founded in 1974 and has been active in Thailand to pursue these objectives. In addition to its Tokyo headquarters, the Japan Foundation has 24 offices in 23 countries (including two Asia Center liaison offices), as well as the Kyoto Office and two Japanese-language institutes in Japan. Visit our website at www.jfbkk.or.th

Tokyo International Film Festival (TIFF)
The Tokyo International Film Festival (TIFF) started in 1985 as Japan's first major film festival and the only Japanese film festival accredited by the International Federation of Film Producers Associations (FIAPF). Since then, TIFF has grown to become one of the leading film festivals in Asia. Every year in October, filmmakers and film fans of all ages gather in Tokyo to enjoy excellent films from around the world and TIFF's many colorful events. These include TIFF's affiliated media content market TIFFCOM, seminars for students, professionals, and businesspeople, and symposiums and workshops for networking with the world's film industries, developing international co-productions, and promoting the global film business. 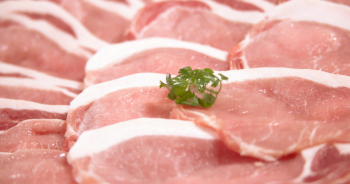 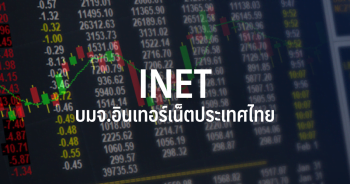