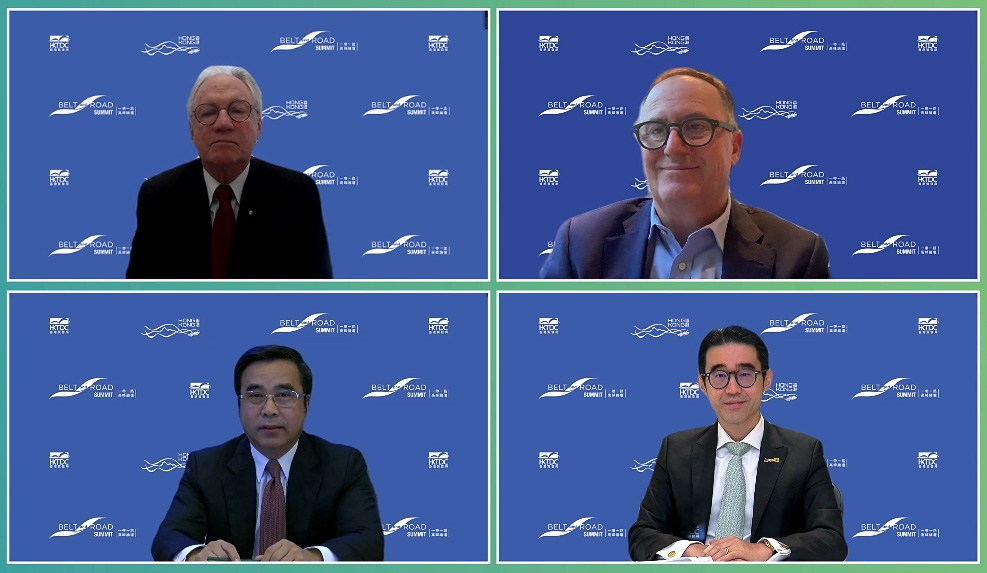 Mr. Aswin Techajareonvikul,  as a business leader representing Southeast Asia emphasized the Chinese President Xi Jin Ping's view on Belt and Road Initiative for China to achieve, among many other goals, people-to-people connectivity that can build a new platform for international co-operation, in order to create new drivers of shared development.

"The One Belt One Road policy is well received in Thailand as it is in tune with Thailand's 20-year strategy and the 4.0 policy of Thailand's ongoing projects, especially those in the Eastern Economic Corridor or EEC. Thailand sees vast opportunities in trade and investment with neighboring countries having Belt and Road being a better link with the world market, especially with the CLMV countries", said Aswin Techajareonvikul.

As for the Regional Comprehensive Economic Partnership (RCEP) that Thailand has officially signed on January 1 this year, Mr. Aswin is confident that this agreement will tremendously enhance the supply chain relationships and production efficiency among its 15-member countries.

Mr. Aswin Techajareonvikul said Like Thailand, goods manufacturers and service providers from the Greater Bay Area (GBA) can expand their supply chains into new markets to take advantage of the provisions of the RCEP, notably helping to accelerate the economic integration in the Asia-Pacific region. More raw materials and intermediate products produce in RCEP locations will be able to move freely between upstream and downstream participants in the supply chain without trade barriers as we look for 90% of all goods to reach 0% import tariffs in 20 years. There is no better synergy than that of One Belt One Road Initiative and this Regional Comprehensive Economic Partnership (RCEP) as we move ahead into the future in this region.

Mr. Aswin Techajareonvikul ended by repeating Thailand's Deputy Prime Minister and Minister of Commerce, His Excellency Mr. Jurin Laxanavijit who has recently said the Thai Government is in full support of China's One Belt One Road policy, along with RCEP benefits.