Allianz officially began its eight-year worldwide partnership with the Olympic & Paralympic Movements on January 1, building on a collaboration with the Paralympic Movement since 2006."Allianz is proud to be the ?Worldwide Insurance Partner" of the Olympic & Paralympic Movements," said Oliver Baete, Chief Executive Officer of Allianz SE. "As a supporter of the sports ecosystem and through shared core values of excellence, friendship, inclusion and respect, Allianz and our 148,000 employees and 100,000 agents are excited to care and deliver for athletes, their families and their ambitions."

Since announcing the partnership in September 2018, the insurer has engaged fans, athletes, teams and employees through health across four pilot markets - Australia, China, France and Spain. Allianz presented the Australian Olympic Committee's Wellbeing Week to showcase ways to improve mental health. Allianz also worked with the Organising Committee Olympic Games Paris 2024 to encourage people to walk and run for "Club Paris 2024", an initiative to move and be part of the Games.

Allianz will expand local initiatives to connect with athletes and fans across the world. To name a few, the global insurer will offer consumers and employees the chance to take part in the Olympic Torch Relay at Beijing 2022 and will engage youth with the spirit & values of the Movements at its Allianz Sports Camps through trying sports, building friendships and learning from athletes. Furthermore, it will support the Movements with tailored insurance solutions and services.

"Having announced this new agreement in 2018, our teams have already been working together in key pilot markets to support athletes and the Olympic Movement," said IOC President Thomas Bach. "As we start this new Olympic year, we are excited to begin in earnest our global collaboration with Allianz."

"Allianz brings global visibility to the athletes and values of the Paralympic Movement and we look forward to our next phase working together," added IPC President Andrew Parsons.

The partnership runs from 2021-2028. More details can be found on Allianz's website.

The Allianz Group is one of the world's leading insurers and asset managers with more than 100 million retail and corporate customers in more than 70 countries. Allianz customers benefit from a broad range of personal and corporate insurance services, ranging from property, life and health insurance to assistance services to credit insurance and global business insurance. Allianz is one of the world's largest investors, managing around 774 billion euros on behalf of its insurance customers. Furthermore, our asset managers PIMCO and Allianz Global Investors manage 1.7 trillion euros of third-party assets. Thanks to our systematic integration of ecological and social criteria in our business processes and investment decisions, we are one of the leading insurers in the Dow Jones Sustainability Index. In 2019, over 147,000 employees achieved total revenues of 142 billion euros and an operating profit of 11.9 billion euros for the group.

These assessments are, as always, subject to the disclaimer provided below.

This document includes forward-looking statements, such as prospects or expectations, that are based on management's current views and assumptions and subject to known and unknown risks and uncertainties. Actual results, performance figures, or events may differ significantly from those expressed or implied in such forward-looking statements. Deviations may arise due to changes in factors including, but not limited to, the following: (i) the general economic and competitive situation in the Allianz Group's core business and core markets, (ii) the performance of financial markets (in particular market volatility, liquidity, and credit events), (iii) the frequency and severity of insured loss events, including those resulting from natural catastrophes, and the development of loss expenses, (iv) mortality and morbidity levels and trends, (v) persistency levels, (vi) particularly in the banking business, the extent of credit defaults, (vii) interest rate levels, (viii) currency exchange rates, most notably the EUR/USD exchange rate, (ix) changes in laws and regulations, including tax regulations, (x) the impact of acquisitions including and related integration issues and reorganization measures, and (xi) the general competitive conditions that, in each individual case, apply at a local, regional, national, and/or global level. Many of these changes can be exacerbated by terrorist activities.

No duty to update

The Allianz Group assumes no obligation to update any information or forward-looking statement contained herein, save for any information we are required to disclose by law.

Allianz SE is committed to protecting your personal data. Find out more in our Privacy Statement. 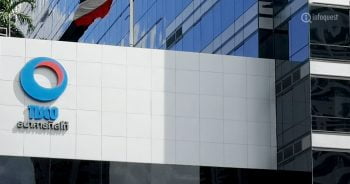