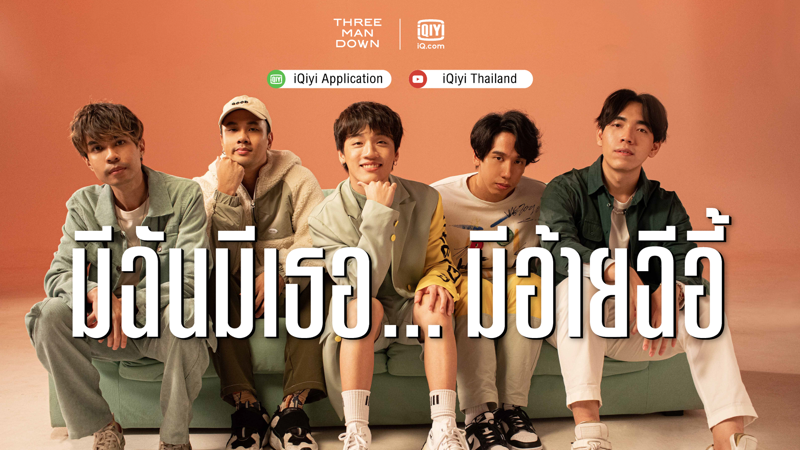 iQiyi, the Asian entertainment streaming leader, hosted a virtual press conference today to showcase the latest premium Asian content entertainment offerings to Thai viewers, along with a music video debut of There's "ME YOU iQiyi" ('มีฉันมีเธอ มีอ้ายฉีอี้'), an Original jingle performed by the popular five-member Thai band Three Man Down of GMM Grammy. The lyrics capture the joy of watching countless hours of premium entertainment through popular series, films, variety shows, anime from Thailand, China, Korea and Japan to choose from, showing moments of happiness as a gift for iQiyi fans in Thailand.

Parnsuk Tongrob, Director of Content in Thailand, iQiyi, said, "We are very pleased to announce a music video debut to warm the hearts of all Thai viewers and iQiyi fans to our platform that brings joy and brightens your day. As part of our localization strategy to get our brand to become familiar, we worked with Three Man Down due to their fresh and easy-going vibes that match with our friendly image towards Asian content. We would like to continue to help Thais feel at home watching iQiyi."

"Our recent global survey exploring the Chinese content consumption trend has shown that 80% of Thai viewers enjoy Chinese content the most, with third-party reports showing that Thais who turned to streaming for their entertainment needs have been viewing Chinese content almost as much as Thai and Korean content. iQiyi recognises that there are not many options for premium Asian content out there and are happy to cater to our Thai users needs with our wide and diverse content offerings this quarter," added Tongrob.

iQiyi Thailand has provided available and upcoming slates throughout the remaining year arriving in the country by first highlighting Chinese content on the streaming platform. This follows the success of iQiyi's release of the "SWEET ON" collection that focuses on Chinese sweet romance drama of different styles and setting that has garnered massive interest from Chinese series fans from Thailand; with "Unforgettable Love" topping the iQiyi charts starring Miles Wei who has also become iQiyi's Drama Ambassador; with "One and Only" and "Forever and Ever" starring Ren Jialun and Bai Lu which remains as critical acclaim shows in China and Thailand; the Original Chinese-language series, "Danger Zone" an action-packed detective series starring Vic Chou, Christopher Lee and Berant Zhu. This October 17th, iQiyi will also launch "Rainless Love in a Godless Land", an original Chinese-language romantic fantasy series from Taiwan, that shares the love story between a tour guide and the God of Rain.

iQiyi has made preparations to ignite the Korean wave by establishing itself as the top Asian entertainment content provider with "Hallyu Season", a K-series lineup to celebrate the widespread popularity of South Korea's entertainment industry. The last quarter of this year will equally be sensational, following iQiyi's first Korea Original series "My Roommate is a Gumiho" which became a successful and widely talked about drama show. iQiyi will be streaming a highly-anticipated Korean Originals "Jirisan", a mystery thriller starring superstar Gianna Jun and Ju Ji Hoon, directed by Lee Eung Bok ("Descendants of the Sun", "Guardian: The Lonely and Great God") and written by Kim Eun Hee ("Signal", "Kingdom") premiering this October 23. A new Korean Original with Studio Dragon, "Bad and Crazy" featuring Lee Dong Wook and Wi Ha Jun will premiere in December.

Other interesting Korean series available now to watch on iQiyi, such as "Yumi's Cells," based on a highly acclaimed web-toon with 3.2 billion accumulated views starring Kim Go-eun and Ahn Bo-hyun; "The Great Shaman Ga Doo Shim" a romantic fantasy series starring Kim Sae-ron and Nam Da-reum; "Melanchol?a" a romantic drama starring Lee Do-hyeon ("18 Again") with Lim Soo-jung; in "IDOL: The Coup" series starring Kim Min-kyu, a story centered around a female idol group that has yet to reach stardom after six years and is trying to save the idol group from termination are not to be missed.

Enjoy the latest popular anime titles such as "Demon Slayer: Kimetsu no Yaiba Entertainment District Arc", "Mushoku Tensei: Jobless Reincarnation Part 2" while watching shows such as "Boruto-Naruto Next Generations", "Tokyo Revengers", "That Time I got Reincarnated as a Slime" and "One Piece" that comes equipped with Thai dubbing by professional voice-over talents from Cartoon Club to provide hours of solid entertainment and enhancing the enjoyable viewing experience for anime fans.

The fun continues from Thai premium content with "7 Project", the latest series partnering with Studio Wabi Sabi, capturing LGBT audiences with a seven-episode story based on seven songs that focuses on diverse love and issues of all genders. While "Only You I Need" ('กระเช้าสีดา') and "May-December Romance" ('รักแท้แค่เกิดก่อน') continues to gain its popularity in Thailand. Upcoming series to appear in iQiyi such as, "You are My Heartbeat" ('จังหวะหัวใจนายสะอาด') and "Gen Y" Season 2, will be available following the show's successful first season run last year. In addition, "Bangkok Zero", a story arising from increased fake news circulating in today's society, starring 'Best' Ekawat Niratvorapanya, 'Yim-Key' Kamolwacharathum Suvitayawat, Sumeth Ong-ard and other casts is now available on October 1.

Stay tuned for other exciting series, films, variety shows, animes or other titles catering to a rich viewing experience and joyful entertainment throughout the remaining year only at iQiyi.

Watch for free with Thai subtitles via the iQiyi website iQ.com and app.
Apply for VIP membership to receive special privileges, including streaming on Full HD quality and Dolby sound system for an immersive cinematic experience. The first-month VIP subscription promotion is available for only 15 baht.

Download the app via internet devices with smartphones and tablets, available on App Store and Google Play - Download for free on https://i.qy.net/f34caJ-b7 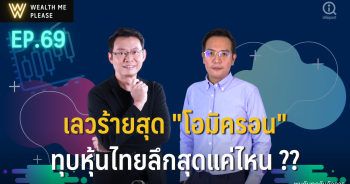