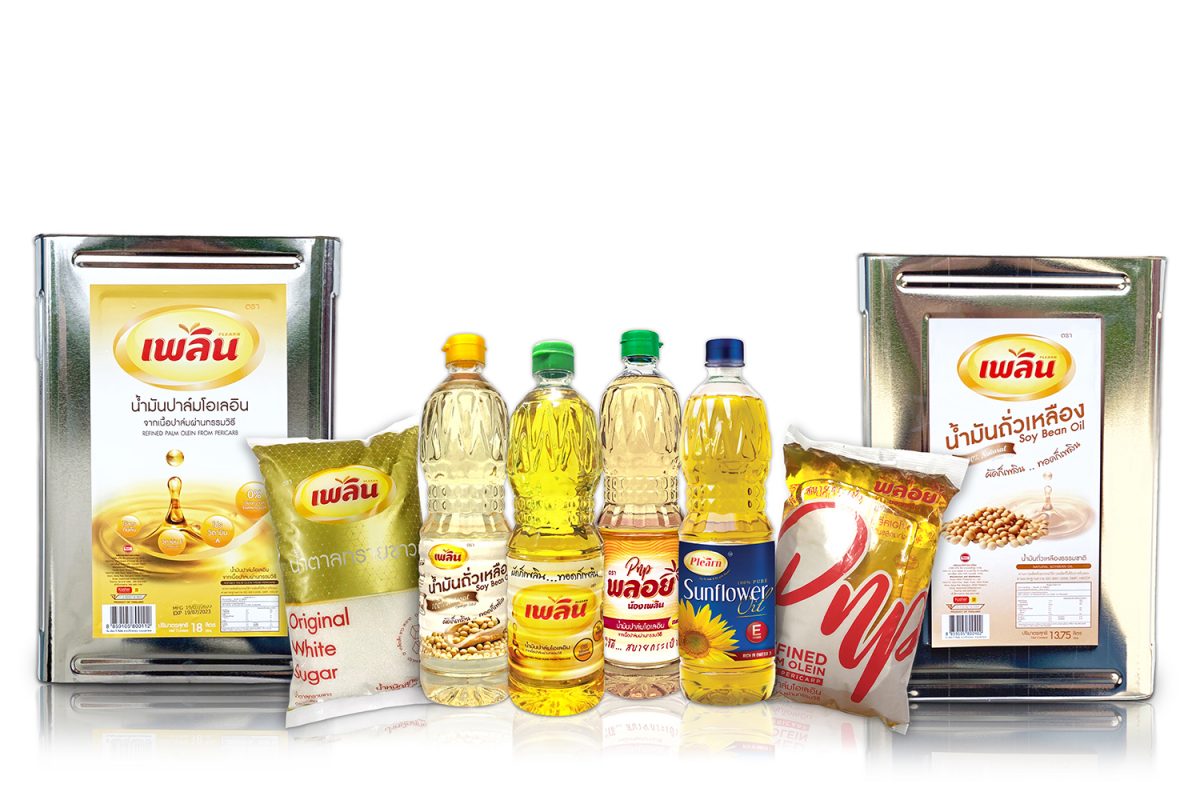 Plant-based oil market is coming red hot once again when Sweet Meet (Thailand) Co., Ltd. launches PLOEN; a newcomer plant-based oil to snatch the edible oil market share valued at 30,000 Million Baht, raising its selling point for the fresh oil directly coming from their refinery to the bottles within 12 hours and with European's state of the art production technology and oil quality enhancing innovation, this can produce the good quality oil. Sweet Meet reveals the circulation in 2022 hitting the target at 1,200 Million Baht and expects a leap growth up to 3,000 Million Baht next year deriving from both domestic and international supporting factors as well as the increment of multifold production capacity in order to serve the customer's demands.

Mr. Eakkapat Temeeyavej, CEO of Temeeyavej Group and Sweet Meet (Thailand) Co., Ltd. revealed about the growth of the edible plant-based oil market that throughout this year, the global market and edible plant-based oil's price have been growing and increasing respectively in every segment. Additionally, the main factor this year has derived from the emerging war between Russia and Ukraine, which was the key factor to affect the overall Supply Chain across the globe in various aspects including the production sector of food industry and production in the edible oil industry. This has caused not only the lesser production volume to serve the market demand but also the significant price fluctuation, which Palm oil industry has been one among others to get the direct impact. For example, the production volume of the Palm oil of the main producer countries as Indonesia, Malaysia and Thailand had not been enough to serve the consuming demand during that time period. While the business recovery and growth of food industry after the unraveled COVID-19 pandemic situation has partly urged consuming volume and increased the oil price from the world's oil producer group as well. However, this would benefit the edible oil products in various segments including Sweet Meet as well. In addition to the tendency of the edible oil market in 2023, it is expected similar to 2022 as the market shall continue to significantly grow and expand throughout the year.

In addition to Thailand, the edible oil market is worth approximately 30,000 Million Baht categorized into Palm oil for 70% and other plant-based oil for 30%. Therefore, Sweet Meet; considered one of the edible plant-based oil producers had decided to officially launch the brand-new plant-based oil "PLOEN Oil" and aimed to fully snatch the market share in every segment of edible oil such as Sunflower oil, Rice Bran oil, Palm oil and Soybean oil. PLOEN oil is produced from palms as the main product to market in Thailand, which its strength is the freshness directly coming from their refinery to the bottle packaging within 12 hours window as well as production process by using new European technology and innovation for oil quality enhancement featuring the natural process that can produce better quality, more safety and healthier oil. This is considered as the strength of PLOEN oil to strike the market this time.

In addition to the plan to serve the increasing demands of customers, Mr. Eakkapat said that currently, the company has the plant-based oil refinery located at Chonburi province, which some investments had also been made for the refinery development and expansion as well as new machineries in order to increase efficiency and capacity of their refinery as currently, their refinery can produce the bottle oil as high as 7,200,000 bottles per month (specially for 1 Litre bottle, not including other bottle sizes), in order to serve the customer base that shall significantly increase in 2023. For the past years, Sweet Meet (Thailand) started to run the machineries and distribute PLOEN oil for the first time in 2018 and earned 44 Million Baht of circulation, 46 Million Baht in 2019, leaping up to 200 Million Baht in 2020, and 750 Million Baht in 2021. Therefore, it was expected that for this year 2022, the circulation shall reach up to 1,200 Million Baht within 5 years period, considered the significant and continuous growth.

Additionally, this successful growth has come from the supporting factors including the good relationships with business alliances in every segment that grow even stronger, new emerging partners and market groups, as well as external factor deriving from the world's situation that drastically demands for the higher volume of the edible oil especially in the food industry that requires the plant-based oil as the main ingredient in its production process. In addition to the distribution, the company focuses 80% for the domestic market, which the main segment of domestic customers is B2B and 20% for international distribution of the GDP, which mainly exports to Asian countries and CLMV group such as South Korea, Australia, Myanmar, Lao and Cambodia, as well as European countries such as Netherland, Switzerland, France, Italy, Germany, etc.

In addition to the tendency and goal of PLOEN in 2023, it is aimed to maintain the high growth rate over 30% or approximately 3,000 Million Baht, while the market ratio shall be increased by 40% internationally and 60% domestically, which the company has already pierced into several new foreign countries in order to diversify the risk from the market fluctuation and cost of each kind of plant-based oil. While there is a plan to seriously strike the domestic market by emphasizing on build-up brand for wider recognition, support the use and consuming of PLOEN oil through the variety of marketing activities in various aspects, as well as strengthen relationships with partners both domestically and internationally to collaborate and develop business together for sustainability.