Bangkok--21 May--UNISBKK In early May 2008, the deaths of approximately 140,000 people in the Myanmar cyclone and the collapse of more than five million buildings, followed by damage to 21 million more structures in the China's Sichuan earthquake just ten days later, were stark reminders that disaster risk associated with tropical cyclones, floods, earthquakes, droughts and other natural hazards are constant threats to our modern society, rich or poor. Asia and the Pacific is the most susceptible region in the world to the natural hazards, and being the most populous region in the world, it experiences enormous losses in terms of lives, livelihoods, and social and economic assets in natural disasters, reversing the region’s economic and social development drastically. For example, in the first nine months of the year 2008, disasters across the region accounted for 37 per cent of the world’s total, amounting to more than 99 per cent of the world’s reported victims, more than 94 per cent of people affected, and over 87 per cent of overall economic damage. Hazards in the region are likely to become more frequent and severe as a result of the emerging challenges presented by climate change. The United Nations is launching its first global report that identifies increasing disaster risk factors and recommends 20 disaster risk reduction actions that will reduce poverty, safeguard development and adapt to climate change, with beneficial effects on broader global security, stability and sustainability. The Global Assessment Report on Disaster Risk Reduction launched for the first time internationally in Bahrain on 17-18 May by the UN Secretary General Ban Ki -moon will be launched regionally in Bangkok on 25 May 2009, in the presence of senior officials from the Regional Organisations, Government of Thailand, senior representatives from the UN Agencies, International Financial Institutions, and the Civil Society, followed by a discussion on the implications of the Report’s findings for the Asia and the Pacific. Media are invited to the event on 25 May 2009 at the United National Conference Centre, Meeting Room F from 09.00-13.30. Date: 25 May 2009 Time: 09.00-13.30 Venue: United National Conference Centre, Rajdamnern Nok Avenue, Bangkok 10200 Meeting Room F, Speakers: Senior representatives of Department of Disaster Prevention and Mitigation (DDPM), Ministry of Interior, Government of Thailand, ESCAP, UNDP, UNISDR, UNIFEM, UNOCHA, Duryog Nivaran, IFRC, ECHO, and Mr.Andrew Maskrey, the Lead author of the UN Report A press pack will be available at the meeting. For further information and media assistance, please contact: Madhavi Ariyabandu (UNISDR Asia Pacific) at ariyabandu@un.org. Tel: 02 2881756 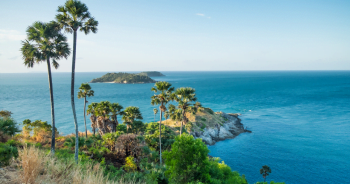 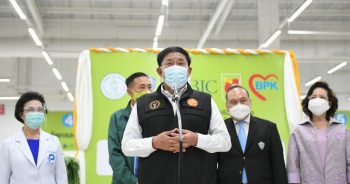